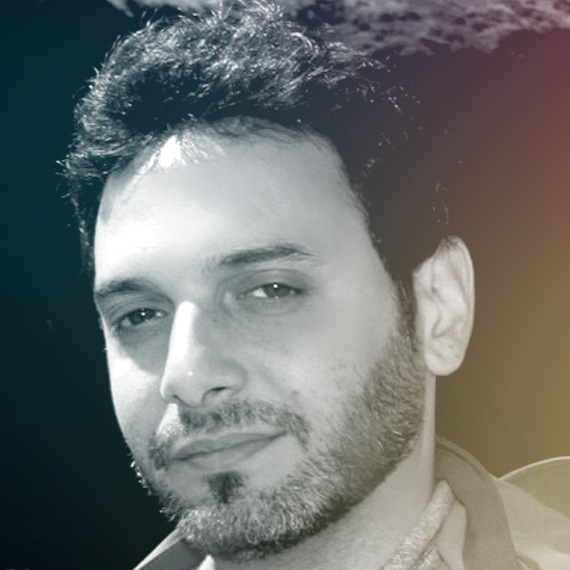 Robert Anthony Navarro was born in Manhattan, New York City. The son of a Latin entertainer and a Playboy Bunny, and the godson of Latin percussion legend Tito Puente; Robert's upbringing was anything but normal. According to his Mother, "Robert sang before he learned how to walk".

Although classically trained with a BA in Music Composition from Occidental College, Robert's diverse influences range from The Beatles to Metallica, and from Tom Waits to John Williams.  His list of teachers and mentors reads like a Who's Who of celebrity musicians, from Bruce Bouillet of Racer-X to K-USC's own Alan Chapman; each of whom has had a tremendous impact on Robert's development as an artist and a composer.  Adept at guitar, bass, percussion, keyboards and vocals, Robert has the skills necessary to tackle just about any project that comes his way.