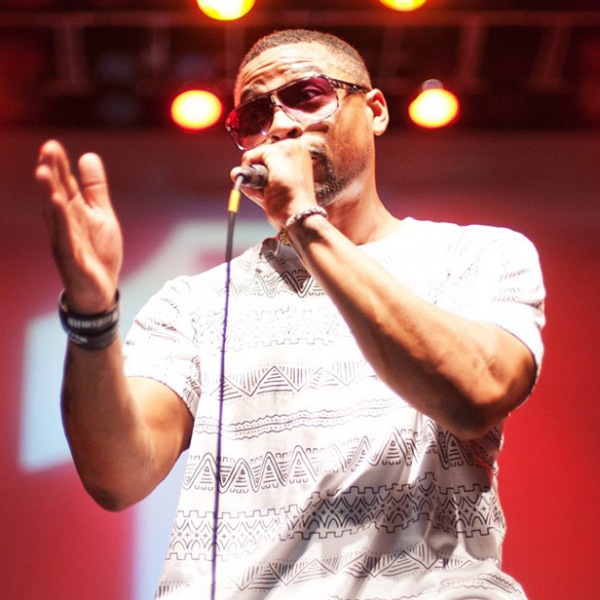 Wordsmith has been busy building a loyal fan base and garnering critical acclaim over the past few years with a Hip Hop style that can’t be labeled. Boosted by the 2DopeBoyz/Frostwire.com sponsored, “Prelude to the King Mixtape” that dropped in April 2012, The Baltimore native released his life lesson album, “King Noah,” on June 19th, 2012. The independent album was released through his NU Revolution Entertainment LLC imprint in conjunction with a national distributor. Powered by four lead singles, “Music for the Masses,” Never Be the Same Feat. ELiM,” “Eye for the Spotlight Feat. Phil Ade,” and “On My Job,” Wordsmith has set out to prove he is ready to make an impact on the charts.

“King Noah” is a life lesson album that I dedicated to my son Kingston Noah Parker, so he would have a blueprint for life through my music,” stated Wordsmith.  “Everything is coming together from the music and business side with this release.  I have a style that allows me to stay ahead of the curve in terms of musical creativity and hip hop fans are at a point where they want fresh sounds and energy from artists.”

Far from a Hip Hop newbie, Wordsmith originally caught the attention of critics within Hip Hop circles by teaming with the legendary Chubb Rock and the release of their “Bridging the Gap” album which was powered by the lead single, “OId 2 the New,” which had a huge following within collegiate circles.  Bridging the Gap sparked the release of his 2010 debut “Vintage Experience” which garnered him praise for his creativity, witty wordplay and soulful melodies.  Wordsmith followed that up with a 2011 ASCAPLUS Award, which validated him as a bona fide songwriter.

Recognized in the Allhiphop.com, “Breeding Ground” section for new artists, the acclaimed site states, “After only a few moments of speaking with Wordsmith one can see his advantage over other rappers.  He is not only a talented lyricist; he also has a keen business mind and a willingness to learn.”

In an era where both established and emerging artists struggle for economic prosperity, Wordsmith has been able to utilize his business savvy and songwriting skills to garner licensing deals with Nintendo, ESPN, VH1, Golf Channel, Six Flags, ABC, CBS and PBS to build his revenue and expand his fan base.  Wordsmith attributes this business know-how to his college education and experience running his independent label which taught him to be creative and resourceful.

Fans new to Wordsmith will soon learn he is far from the typical rapper.  The German born artist and son of a U.S. Army Colonel traveled the world as a child and developed a broad musical taste which included commercial, alternative, hip hop rock and the pure lyricism within hip hop.  The heart of his devotion to lyricism can be attributed to his true influences within Hip Hop which include Redman, Tribe Called Quest and Rakim.