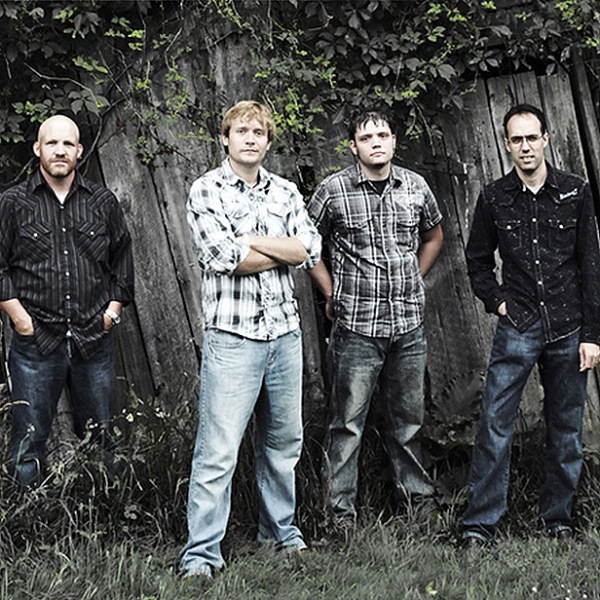 With the ever evolving styles of country music that didn't fit yesterday comes today's new sound. The New Relics have joined that tornado of music to deliver songs and sounds that are familiar to you, but give you a sense of meaning in the music.

Hailing from the small state of West Virginia, home to Jennifer Gardner, Kathy Mattea, and Brad Paisley, The New Relics hope to bring more attention to their music and the state that gave them inspiration to write and deliver the music that love.

Their latest CD is a collection of songs that is more in tune, with who they are as a band. The band seems to have found themselves. A collection of great pop-country, americana and shades of bluegrass, really tell a story about the lives of the band and the people they love.

The New Relics are nothing new to the music scene they have spent the last 9 years working to establish themselves as one of the premier indie independent country acts. The band however feels that they didnt go to country music, country music came to them. "We see the everyday changes to the music scene, country music of today is more about a good life, love and happiness, not so much anymore about cowboys and cowgirls," says bassist Josh Swiger.

The band is Mike Arbogast, guitars and vocals, Jim Bidwell, guitars, lap steel, Josh Swiger, bass and Bryan Martin, drums. They all hail from the same county in West Virginia. Their styles range from acts like Pat Green to Rascal Flatts with a little be of Brad Paisley, Randy Rogers, and Allision Krauss and Union Station.

Recognition seems to follow the band everywhere. 2007 landed them on the radio scene with their hit "Picture." Clear Channel Radio had them as one of the Top 100 new artists of the year. Their music was heard in 30+ markets nationwide. The band was voted the best live act and best band in West Virginia by Graffiti magazine.

The band enjoys the attention but stays true to who they are. Their fans describe them as friends, because they take the time to get to know them and ask them about their lives. "We enjoy our fans, we want to get to know them personally, they keep the machine running," says drummer Bryan Martin.

The New Relics are where blue-collar meets corporate America, where streams turn to rivers, where small towns go to become cites. They are where great bands go to become friends of America, right in your back yard.

The New Relics - A Short Story:
Comparisons have been made to Pat Green, Keith Urban, John Mayer, and Train, but TNR has created a vibe that is uniquely their own. Their smart songwriting and positive energy have allowed the band to sit on the corner where rock and country intersect. The New Relics love where they are musically and hope that fans will enjoy what they are all about.

The New Relics are quickly becoming one of the region's favorite live bands. Touring relentlessly throughout the East Coast, the band quickly discovered what is really important in music: energy, diversity, accessability, and heart. They deliver night after night, town after town. "We try to make sure there's something for everyone at our shows," says frontman Mike Arbogast. With creative lyrics, strong melodies, and an energetic rock and alt-country sensibility, The New Relics deliver great music that everyone can enjoy and hum on their way home.

Take a journey down the road where great rock, country and americana intersect at every corner, The New Relics will be there waiting for you.