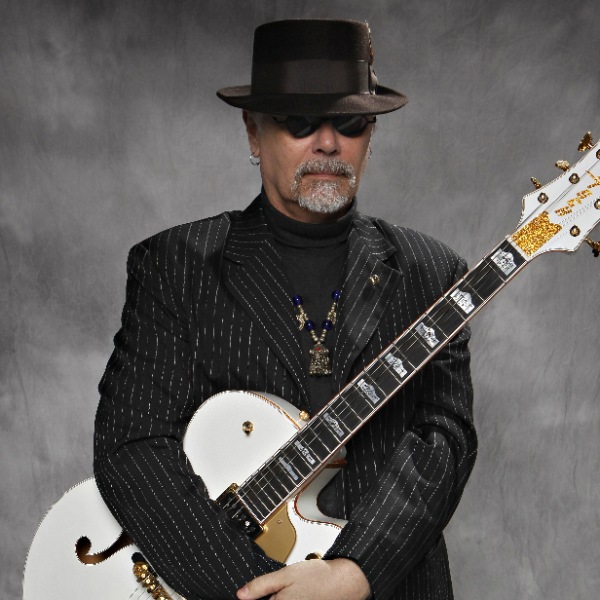 STEVE HUNTER started playing guitar when he was 8 years old and has dedicated his life to music... His professional career began in 1971 when he joined the band, Detroit featuring MITCH RYDER. With that band he recorded his first ever album and the producer of that album was BOB EZRIN.

A mutual respect developed between Bob and Steve, and over the course of the next few years, they worked on many projects together including four ALICE COOPER albums, PETER GABRIEL'S first solo album which included SOLSBURY HILL, and LOU REED'S BERLIN album.

He later toured with all of the above-mentioned artists as well as touring and/or recording with JULIAN LENNON, BETTE MIDLER (in the movie THE ROSE), DAVID LEE ROTH (co-wrote and recorded songs) and TRACY CHAPMAN. He was also involved in scoring films and music for production.

Along the way he recorded two solo albums, the first being SWEPT AWAY, with Ezrin producing, and THE DEACON, which was self-produced.

In late '06, Steve joined up with LOU REED again to do a live version of Lou's landmark album BERLIN from which there is a live DVD and CD.

With two more solo albums recorded, HYMNS FOR GUITAR and SHORT STORIES, Steve also recently won an Emmy for his contribution to The Boys Of Christ Child House charity video.