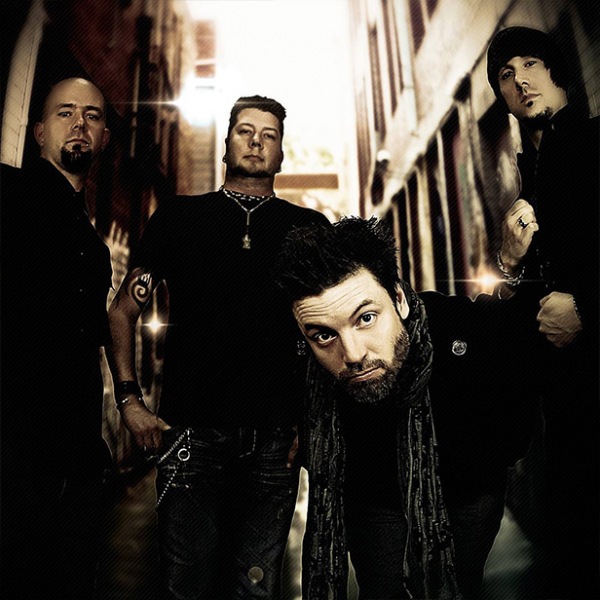 Star Off Machine was named “Rock Group of the Year”, and finalist for “Best Independent CD” & "Drummer of the Year" categories for the Los Angeles South Bay Music Awards (SBMA). They have also been nominated for a number of “Best Alternative” and “Best Live Band” awards and have won “Best Hard Rock Band” at the Orange County Music Awards (OCMA). Star Off Machine is quickly finding prominence in the Southern California Music scene. The band's stage show is riotous as their rapidly growing Southern California fan base chant contagious melodies back at them. The band has performed at Southern California’s annual NAMM Convention as well as shared the stage with the likes of Sevendust, Sponge, Eve 6, and Saliva.

More About STAR OFF MACHINE:
Good music can be made by good musicians, but great music is made by musicians that were meant to create it together. Such is the case with Star Off Machine, a Huntington Beach, California based hard rock band whose members, despite their long time friendships, didn’t combine musical talents until 2007. Although they were all pursuing their love for music through different avenues, when they came together, they knew they had stumbled into something special. Their latest release, Burn This, exemplifies this magic with an “in your face” approach that features each members individual talents coming together into a cohesive and grinding rock record that examines an unsavory loss of innocence.

While playing in different Chicago area bands, Erick Holloway (vocals), Robin Charlet (guitar) and Tut (drums) had no idea that someday they would all end up in Southern California uniting to form what has come to be known as Star Off Machine. After enjoying regional success with his Chicago area band, Erick decided to head to Los Angeles, leaving his friends and his band behind. “I needed a change,” says Erick, “I was twelve when I started singing Zepplin and Sabbath covers, but  when I got old enough to start having my own musical taste, I was into Jeff Buckley and Thome Yourk. I think I just wanted a complete change of scenery.”

While Erick was pursuing music in Southern California, Tut and Robin were enjoying success with their own Chicago area rock band.  “Things were going well for us.” Tut recalls, “We had some success at home and landed the Jagermiester Tour.

After completing their stint on The Jagermiester Tour, they decided to move out West. They enjoyed success in their new home, but it was short lived. The band split, citing creative differences but Tut and Robin were determined to continue making music together.

At first they didn’t know what to expect, but it didn’t take long for them know they had stumbled into something great. Robin recalls, “Tut and I had been mainly influenced by bands like Sevendust, Taproot, and Chevelle, but Erick was definitely into different stuff. We started adapting our typically “metal” style to the more melodic style Erick was after and it just sort of turned into the Star Off Machine sound.”

In the fall of 2007, Star Off Machine teamed up with with producers, Tom Tatman (Stone Sour, Craig Erickson, Living Sacrifice), Tommy D (Tupac Shakur, Dr. Dre, Snoop Dogg) and percussion extraordinaire Stephen Perkins (Jane’s Addiction, Porno For Pyros, Panic Channel) on their first full length record, Burn This. “Our influences were all over the place with this record, and I think that’s what makes it truly unique.” Says Robin. Burn This chronicles the unsavory loss of innocence. Its reveling lyrics are a virtual diary of struggles with love, loss, addiction, and the search for meaning in one’s life. The powerful vocals are emotionally wrought melodies that sink in and stay with you. Combined with aggressive guitars, solid bass, and explosive drum grooves, Burn This is the perfect soundtrack for the romantic tragedy that is life. From the raw, in your face track “Disaster” a song about taking a long look at your life only to find out it’s a mess, to “Ninth Floor” a somber orchestral piece that reflects on tragedy of feeling there is no way out, Burn This is bound to keep listeners on their toes. Shortly after tracking was complete, STOFMA were nominated for “Best Hard Rock” and “Best Live” band by the Orange County Music Awards (OCMA) in Southern California, ultimately winning “Best Hard Rock”. “It was a great honor for us just to be grouped in with all the talented bands up for these awards, and to win, was a great sense of accomplishment,” Tut states.

Star Off Machine moves people the best way they know how, with their music. They were meant to play together and they want to share what they have inside of them. As they tour through the Southern California and the Southwest, they will be picking up more “Star Off Machiners” along the way with the music that these four musicians were made to create.