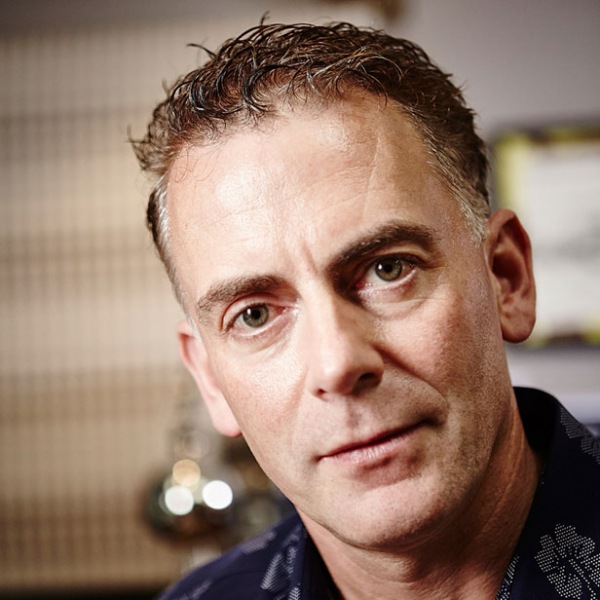 Sheridan Tongue is a BAFTA nominated TV & Film Music Composer who has scored the music for many high profile dramas and documentaries.

Born in Belfast, Sheridan studied clarinet and music at the City of Belfast School of Music and then obtained an Honours degree at Surrey University in Music (BMusTon). While at Surry he won the prestigious Jacques Levy prize for best electroacoustic composition and the prize for Best Final Year Recording Portfolio. He also composed his first film score during his final year for an Angela Carter short film called, The Kitchen Child.

On graduating he worked in many studios as a keyboard player, programmer, remixer and orchestral arranger working with artists like Beverly Knight, Jocelyn Brown, The Verve, Blur, Robert Plant and Joey Negro. From Sheridan’s time working in the pop field with many successful artists, he built up a large pool of world class musicians that he regularly draws upon to play on his compositions.

In 1997, he joined Natural Sound (a company that specialized in producing music to picture) and worked as a composer for six years writing music for worldwide commercial campaigns including Nissan, Coca Cola & Kelloggs.

Sheridan’s classical training together with his adeptness and experience of working with cutting edge technology enables him to create highly individual scores. He has the ability to score in many musical styles, equally at home writing for orchestra or creating sample based scores.

Sheridan is highly committed, and this, combined with his ability to communicate with and adapt to the needs of the project, keep him in demand. In the past, he has always inspired loyalty from producers and directors who appreciate his flexibility and willingness to meet the needs of the production.

As well as composing for television and film, Sheridan was Composer in Residence for Hills Road Sixth Form College in Cambridge for two years. He is in demand presenting workshops and seminars on composing for Television and Film to schools and colleges.  He is a member of the British Academy of Composers and Songwriters and he has sat on the BAFTA and RTS awards juries.