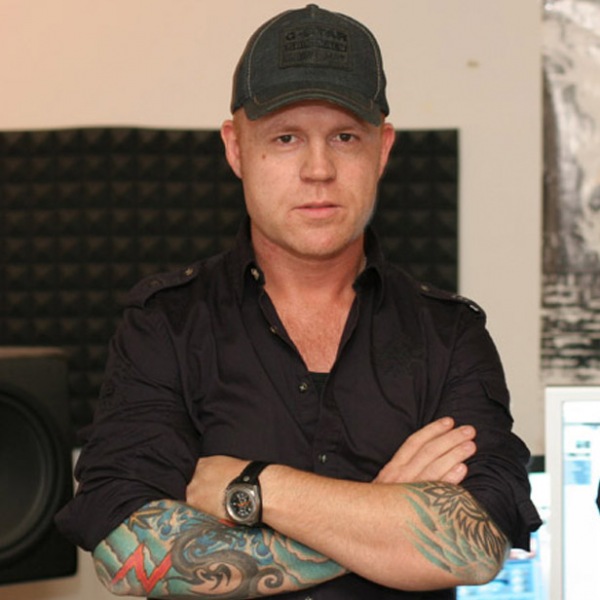 Sascha Dikiciyan is one of the most sought-after composers in the industry today. Known for his precision beats that exemplifies his European upbringing and innovative electronic sounds that reflect the years spent in the underground scene in Berlin and Los Angeles, Sascha Dikiciyan creates a voice that is uniquely his own.

In 1997, Sascha quickly caught the eye of id software, which recruited him to compose original music for the award-winning Quake 2 video game. Sonic Mayhem was born and soon became one of the leading progressive voices in game music, scoring titles like James Bond: Tomorrow Never Dies and Quake III Arena.

In 2005, Sascha teamed up with the award-winning composer Cris Velasco, composer for such games as God of War I & II and Marvel Ultimate Alliance. The pair quickly became known for their ground-breaking hybrid style, combining orchestral scores with Electronic/Industrial beats. Together, the two have collaborated on more than a dozen game titles including Dark Messiah, Splinter Cell 4, Beowulf, Haze, Hellgate: London, Mortal Kombat vs DC, Prototype, GI joe and the just released Borderlands.

When not composing for games, Sascha produces dance music under the pseudonym “Toksin.” Considered to be one of the top remixing artists in the world, Toksin won BPM Magazine’s Remix contest with his original re-production of BT’s anthem, “Communicate.” 2010 will finally see the release of Toksin’s long-awaited record, created to break the barriers between Rock, Breakbeat, and Drum ’n’ Bass.