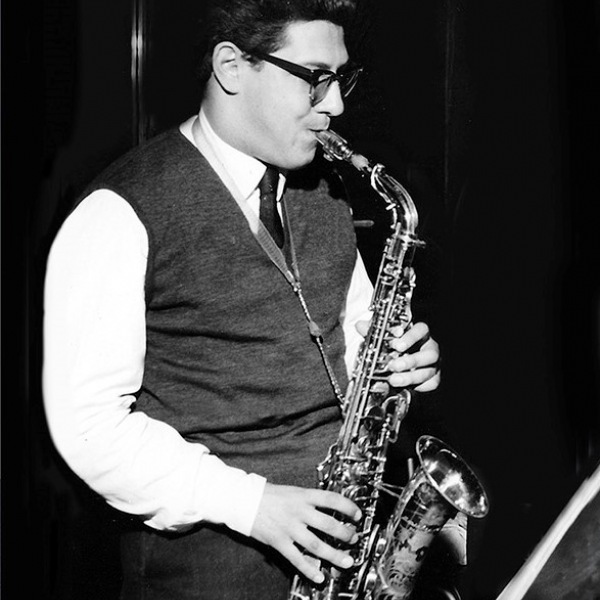 Each composer brings their own particular style and touch to the creation of Library music.  Some get their start by working as session musicians and being in the right place at the right time, while other cut their teeth on TV and film scoring before they find their way to composing Library music.  Still others emerged from the world of playing and composing Jazz.  Sandro Brugnolini is one such composer who made his name in the Jazz scene in Italy before embarking on a storied career in the world of Library music.


Born on December 1st, 1931 in Rome, Sandro Brugnolini started playing jazz clarinet in the 1950s, and founding his first musical group, the “Junior Dixieland Jazz Band”. In 1956, he switched to alto sax and later formed the legendary Italian Jazz combo “Modern Jazz Gang”.  He put together a stellar group of musicians including Amedeo Tommasi, Cicci Santucci and Enzo Scoppa, writing and arranging many of the group’s original compositions.  In 1960, the “Modern Jazz Gang” released their landmark recording “Miles Before and After”, which to this day remains a cult classic among lovers of Italian Jazz.
In 1963 Brugnolini began his journey into the world of film, creating the epic soundtrack of the film "Gli Arcangeli" by Enzo Battaglia, directing his "Modern Jazz Gang" and adding rich vocals provided by the brilliant singer Helen Merrill.


In the mid-1960s Brugnolini, while remaining a vital part of Italian Jazz scene, embarked on a solo career as a Library composer. Here Brugnolini was free to work in a variety of different musical genres and styles, and employing a vast range of instruments, including analog synthesizers, reaching out into new musical forms. And it is here that has left an indelible mark in the golden age of Italian Library Music.


Listening to "Electronic Moods and Atmospheres" -- rare unpublished music by Sandro Brugnolini composed at the end of the 1980s -- one hears some of the first "Ambient" music to be found in Italian Library music archives. Brugnolini went on to produce scores to countless TV soundtracks at RAI, including the theme songs for "Speciale Parlamento", "Giorni d'Europa", "Un volto una storia", as well as the first, futuristic electronic theme song of the popular Italian News Show TG2, and the evocative soundtracks of films like "L'Uomo dagli occhiali a specchio" and “Gungala, the Black Panther Girl”.


In addition to being a superb jazz player, Maestro Sandro Brugnolini will be remembered as one of the essential composers of Italian film music, and whose work will be forever considered to be some of the absolute finest Italian Library music ever created.  His superlative body of work is being re-discovered by a new generation of sample-based musicians working in hip-hop, as well as being heralded by crate diggers worldwide for its deep Jazz grooves and sheer brilliance.