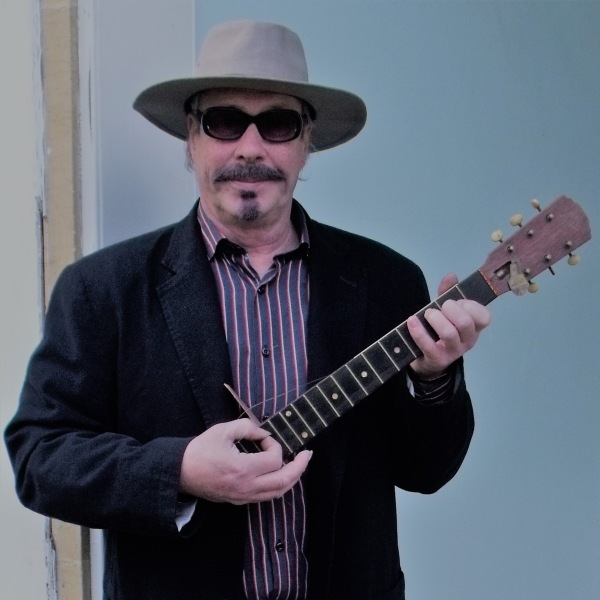 
Rob studied early blues and ragtime guitar at the age of 12. His first experience of playing with another musician was at the age of fourteen and a half with Eric Clapton. Rob starting composing his own ‘pop’ based music, had his first commercial release on 101 records in 1980 and then moved on to progressive experimental composition, fronting various bands and playing on numerous sessions prior to going solo.

As a solo artist he has had three albums released, his first reaching number 4 in the NME instrumental charts receiving critical acclaim in the UK, Canada, North America and Europe His third album ‘Dance of the Pharisees’ became the basis for a BBC radio series, a Radio 4 special and a television programme.Apart from  touring in the UK and Europe, incorporating television and radio performances, including an  ‘In Concert Special’ for the BBC and Amnesty International in Athens, Greece , Rob was also commissioned as a freelance composer for film, television,  radio and multi –media. He has since built up an an extensive catalogue of production music tracks for various companies including BMG/Atmospheres, Universal, Sony, Sonoton, Music Sales, BPM and Bosworth Backgrounds and more recently with Ded Good Music, co-composing on various tracks with Gary Scargill.
Commissions and credits include: Wildlife on One, Autumn Watch, Dog Whisperer,
Panorama, Celebrity Masterchef, Horizon, Ray Mears Extreme Survival,
How I met your mother, Smack the Pony, Correspondent’ and most recently ‘Boux Avenue’
Rob also composes for specialist compilation albums under various pseudonyms experimenting in world, progressive, chill  and dance, including the club anthem  ‘Ibiza Nights’ for Naked Ibiza and three award winning CD’s.

Apart from composing, Rob runs Cool Fossil Music, is a producer for various bands and artists, has an on- going project, ‘One Cool Fossil’, collaborating with a selection of musicians including John ‘Rabbit’ Bundrick and occasionally guest lectures around the UK for the Roland Academies.