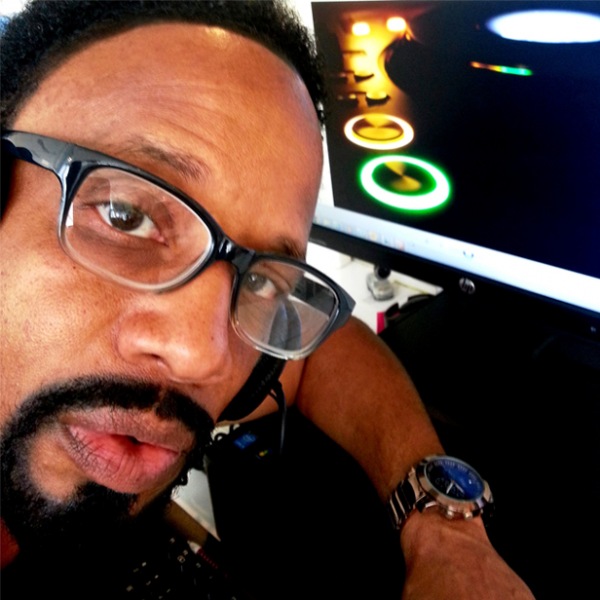 Reginald Keith Wilson is a Memphis, Tennessee native.  A city well known for its vast and rich musical history.   Regi also grew up in a home where his father, a high-school teacher by trade, possessed an intense passion for the most popular music of his era, “the 70’s”, as did his mother who was a classically trained first soprano.  Such were the makings of this songwriter and producer who has since received a Grammy nod.  Memphis produced such greats as Aretha Franklin, Al Green, B.B. King,  Johnny Cash, Justin Timberlake, W.C. Handy and Beale Street.  And although he was a native of Tupelo, Mississippi, Elvis Presley also, made Memphis his home.  Stax Records, founded in Memphis in 1959, where Reginald’s older brother Karl more than a decade later worked as a security guard, became the musical home of other greats such as Isaac Hayes, Barry White, Otis Redding, David Porter, The Staple Singers, The Emotions and The Bar-Kays.  Though this host of great talents provided the influences from which Regi would nurture and perfect his own creative skill sets, perhaps his greatest influence came from a member of his own family, the late, great and forever enduring “Mr. Excitement” himself, Jackie Wilson, “(Your Love Keeps Lifting Me) Higher and Higher”.

Regi received his highest accolades from music’s most esteemed voting group, The Grammy Society.  The Grammy’s chose “Pullin’ No Punches”  by DOC as Best Album Of The Year in 1993.  Reginald contributed 7 songs to this collaboration which was Executive Produced by Dez Dickerson, first male vocal on the 1992 quadruple platinum smash “1999” and Guitarist for Prince and The Revolution.  Dez went on to become the founder and creative genius behind StarSong Records in Nashville. Regi has since gone on to work on productions produced by BabyFace and Tracey Edmonds, for Electra Record and Red Ant Records to name a few.  Reginald has also co-written songs with such greats as Desmond Child, writer of Ricky Martin’s “Livin’ La Vida Loca” and Bon Jovi ‘s “You Give Love A Bad Name”, Robert Palmer, writer of “StickWitU”, Grammy Nominated Song for The Pussy Cat Dolls,  Antwan “Amadeus” Thompson, writer/producer for Bad Boy Entertainment and Sean “Ditty” Combs as well as recent Grammy Winner Columbus Smith aka Rahki , producer of Kendrick Lamar’s

Reginald’s song “SoulMate” for “The GirlFriends” Soundtrack, was the only song by an independent artist to find its way on an album with the likes of Amy Winehouse, Mary J. Blige, Chaka Kahn, Corinne Bailey Rae, Jill Scott, and Erykah Badu.  Before accomplishing this milestone, “SoulMate” had already become the most popular and most requested song in the

8 season history of the show with Kelsey Grammar as its Executive Producer.

Film and Television have become Reginald’s newest frontier where he again struck gold and achieved television history along side his friend and mentor Prince.  Both Reginald’s music and the music of Prince have been featured in the now syndicated ABC Studios Comedy  “Black-ish”.

Production Music has provided a mainstream media doorway for his compositions, which have already made countless appearances in network and cable television as well as in feature films and in other media formats around the world. He continues to make his mark in production music along with his creative music contributions on numerous commercial releases.