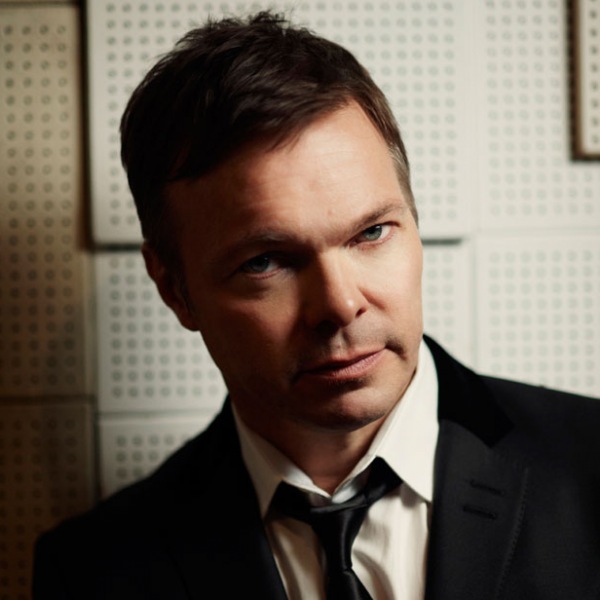 It’s fair to say that Pete Tong’s history is intertwined with the history of acid house and electronic music itself. His career mirrors the story of dance music over the last 25 years. A true renaissance man, Pete has never been about one thing and 2011 represents a significant milestone. The year has seen Radio 1 hold a special 12-hour takeover on the station celebrating Pete’s 20 years on their airwaves, in March he held his Miami Pool Party (with Hawtin, Luciano, Joris Voorn, Riva Starr and others), and he’s released two new compilations, Future Underground, (mixed alongside Riva Starr) and All Gone Ibiza ’11 (mixed alongside Felix Da Housecat) on Defected.

Pete has also been chosen to close the East Dance stage at this year’s Glastonbury festival. On the Sunday night he’ll round off proceedings with a set featuring special edits and more than a few surprises. Add to all this his constant touring, production work, remixes, music supervision, film scoring, and a weekly Radio 1 show, and he’s without question the busiest man in dance.

At the heart of all of this, is Pete’s ability to push and nurture new talent. From Guti and Benoit to Maya Jane Coles and Deniz Kurtzel – there are few electronic artists who haven’t had the Pete Tong Push ™. “That’s a big remit of my Radio 1 show,” smiles Pete. “But I don’t turn water into wine – all I ever saw myself doing was fanning the flames of something that I thought was inevitable. I’d like to think that by backing the special ones that I can help it happen for these artists… a little bit quicker”

It’s been a long, tumultuous ride for Pete. “I left school at the end of the 1970s and always wanted to be a DJ,” he starts, “To make a name for yourself back then you had to have the coolest and rarest records – if you managed to get hold of the hottest tune in the record shop, it could be months before any other DJ managed to track down a copy; your status and ability to call a tune in the underground record stores was very important, it’s hard to conceive that today with the instant access available online”.

Pete’s radio shows are revered around the world. Now the proud host of the 9pm-11pm Friday night slot on BBC Radio 1 – ‘The Pete Tong Show’ (or Essential Selection as it is still tagged internationally) regularly attracts over 2 million listeners via a combination of live feed and ‘listen again’ courtesy of the BBC i-Player and international syndication. On 8 April, Pete celebrated two decades at the station, with a 12-hour special including live sets and guest spots from the biggest figures and hottest new stars in electronic music. Tong also hosts and co-produces the legendary Essential Mix show, and as part of the 12-hour takeover, he delivered his first ever studio Essential Mix.

In September (2009) Pete flipped his time slot with Annie Mac. Pete says he’s honestly more energized than ever. “The move turned out to be one of the most invigorating things I’ve experienced. The show ran in the same time slot for 18 years, which is quite incredible, and I don’t think that will happen again… Of course, there is a stylistic change from broadcasting at 7pm. That show was about bringing through the daytime audience to the night and starting the weekend. Now I feel the show is a more consistent and often more adventurous listen, it has no other job than to entertain you with the best electronic dance music I can get my hands on.

“We have some new features that are going down very well. “15 Minutes of Fame…” and “24 Hour Party People” – are about getting familiar with the new names on the scene and the voices that go with them. I think people got to know the major DJs’ personalities via my show over the years, figures like Sasha and Carl Cox, Tiesto, The Chemical Brothers and Daft Punk were all first heard on my show and I want to carry on that tradition in 2011 for the new generation”

In 2008 Pete moved from Pacha, for a new adventure at Eden in Ibiza. “I was under the cherry spell for five years and had a really good time with them,” he says. “Our Fridays at the club were pretty special. However, after five fantastic years I decided I wanted a new challenge.

So, when Eden came calling, Pete made the unprecedented move of jumping ship to the shores of San Antonio. “I wanted to try something different. It was the 20-year anniversary of acid house and the birth of the Balearic scene and it felt right to take myself back to where the story started – San Antonio. It gave me the opportunity to get much more hands on in terms of running the night and booking the talent, and experimenting with mixing up the lineups. I enjoyed the challenge of being part of the rejuvenation of San Antonio too, and I think we succeeded – mission accomplished!”

Wonderland changed the clubbing landscape of San Antonio over the following three years. “Changing people’s perceptions about San An had been the biggest challenge but we got there slowly and surely. We brought Bryan Ferry, Luciano, Fatboy Slim, Deadmau5, Riva Starr, Felix da Housecat, and Lady Gaga – the biggest pop star on the planet. People sat up and took notice all over the world.”

2011 represents another gearshift in Tong’s longstanding relationship with the White Isle, and the island rumors can now be confirmed… The biggest story for Ibiza 2011 is set to begin as Pete returns to Pacha this summer to launch his new Friday night, ‘Pure Pacha all gone Pete Tong’. The weekly night will run from 27th May for 19 weeks until 30th September. More details are imminent – stay tuned.

Pete is as enthused as ever: “I’m very excited and proud to be returning to host Pacha on Friday nights this summer – in so many ways the club feels like my ‘spiritual’ home. ‘Pure Pacha All Gone Pete Tong’ will be a brand new night with an adventurous music policy and a very fresh look. I had a fantastic 3 years with Wonderland but it’s the right time to move on to the next chapter of my Ibiza love affair…. hold tight!”

Pete’s own music output is starting to become more frequent and free flowing – working alongside the likes of Paul Rogers, Dave Spoon and Steve Mac, Pete’s fast-becoming a production powerhouse. “Sometimes I have to explain why I didn’t do more of it before,” says Pete, who has been in the studio with Rogers almost every day this year – it’s an important part of his career now. “Running a record company from 1983 – 2000, I didn’t have time to make music before and I come from an era where DJs didn’t always make music – which would be very unusual today. Back in the day, trying to make a record was more difficult and expensive”.

Pete is also finding more time to combine his twin loves of music and film. Historically, he was the soundtrack supervisor for Human Traffic, Event Horizon, Shopping, The Beach and 24 Hour Party People and executive producer (with a cameo role) in the seminal It’s All Gone Pete Tong. Recent work includes the music and score for Beyond the Rave for Hammer Films and supervision and score for the award winning Harry Brown which starred Sir Michael Caine. More projects are currently in the pipeline.