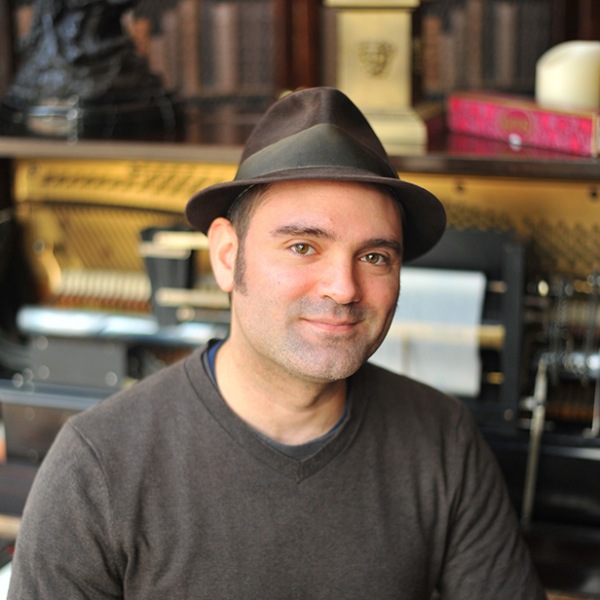 His professional music career began as an instrumentalist and songwriter in the internationally acclaimed band Oi Va Voi, working with a variety of artists including KT Tunstall and Annie Lennox.

When Nik crossed into film and television music his work was quickly noticed and went on to write and produce numerous adverts and trailers for Sky, National Geographic, ABC, FOX, Discovery, The History Channel, Nickelodeon, EPSN, Aveeno, Metrodome, and the British Film Institute; in between all that he composed for the renowned theatre company Oily Cart, and has also scored the soundtrack to the black comedy feature film Dirty Weekend.

Nik’s scores have been described as charming, balancing romance, humor and tension seamlessly. He creates unique and original scores that continue to defy categorization and blur the boundaries between musical genres.

Nik Ammar produces production music with aplomb for JW Media Music, his most successful albums include JW2238 Life Stories and JW2214 – Wallpaper & Teacups. Nik Ammar is a stand out composer for the JW Media Music Library and once you discover his music you won’t want to stop using it.