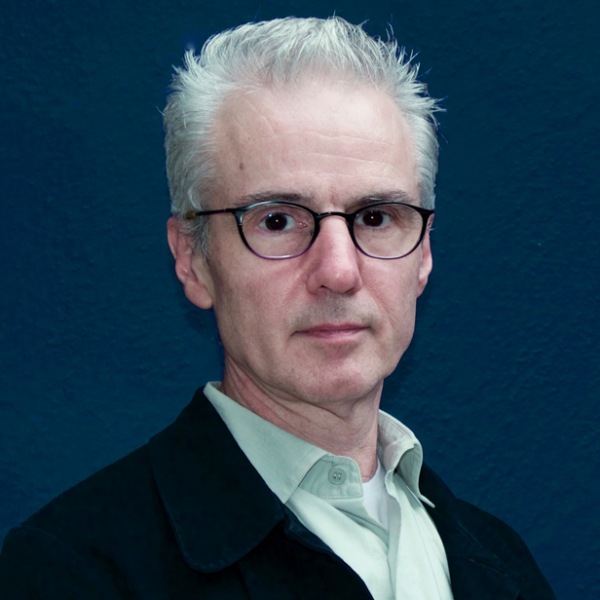 Over the past twenty-five years, Michael Brook has forged his own path, fueled in equal parts by scientific curiosity, the thrill of playing guitar, technical prowess and a fervent interest in music from all over the world.

His creative energies and expertise have been tapped over the years by those who recognize Michael as, variously: a record producer; a soundtrack composer; an instrument builder; an inspired collaborator and player; and a solo artist possessed of a unique sensibility.

Michael was born and raised in Toronto, Canada and studied music at York University. In the early 80s he worked as an engineer at Daniel Lanois' studio. He reflects, "From Dan, I got the sense that many things only happen in the moment, as music is being performed or written."

At this time, Michael also met pianist Harold Budd and musical iconoclast Brian Eno. "I used to work a lot with Eno, and I think I learnt quite a bit of my approach to the studio from him; that it's important to stay in touch with a kind of intuitive, emotional sense of direction."

In 1985, Michael¹s first solo album Hybrid, with contributions from both Eno and Lanois, was released on EG Records to great critical acclaim. That album remains among the ground-breaking works of the mid-80s.

"In a lot of ways, what I do is more oriented around sound than music, and my work is probably simpler than initial impressions might suggest. I pay a lot of attention to atmospherics."

"Every time you work with somebody else, you learn something you wish you'd known before. I really don't like working by myself. I get cabin fever!"

Another form of collaboration for Brook is film music. In 1992, he composed and performed the acclaimed score for the Academy Award nominated documentary The Fires of Kuwait. As his opportunities increased, Michael moved to Los Angeles, his current residence and the site of his new studio, La Lavanderia, in the hills above Hollywood.

"When you are working for film you basically have a patron, which is usually the director. They are an audience of one, and sometimes it is easier to please an audience of that size sometimes."

As a musician, Michael¹s electronically-enhanced guitar may be heard on many films, including composer Hans Zimmer's scores for Black Hawk Down, Mission Impossible 2, and The Pledge.

Most recently, Michael has composed the score for the hot-button 2006 Al Gore global warming documentary, An Inconvenient Truth, and produced the soundtrack as well as contributed compositions to the much lauded traveling exhibition, Ashes and Snow (with collaborators such as Lisa Gerrard).

> Listen to the APM Music Podcast with Michael Brook