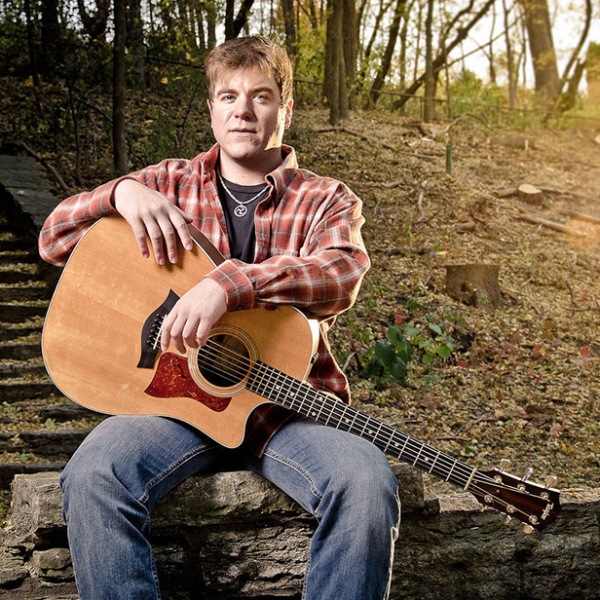 At the turn of the decade, even the most main stream of modern music listeners couldn’t help but take notice to the fast growing new crave for the folk-rock sounds that were taking to the world stage. With bands like Mumford & Sons and Bon Iver stirring up national hype and winning Grammys, it was only inevitable that a kid who grew up with an obsession for folk-rock legends like Bob Dylan and Bruce Springsteen, would also take a turn at this run. As singer-songwriter Matthew Griswold prepares to enter his 30s, he holds a youthful spirit with a well-aged wit. His brand of folk-rock places passion a half step in front of clever. Weather playing his tasteful choice of cover song interpretations, or any of his original song selections, he always drives the crowds to amazement with his foot stomping grooves and trance like guitar playing. He sings his honest and profound lyrics with a voice that passes through a “rough and howling” tone which has become his unique trademark sound and continues to be what drives the new and old fans to even the smallest of clubs, and to the largest of theaters and concerts halls, just to see it again and again.

Following his debut release in 2010, “Screaming From The Witch’s Tower”, Griswold saw a modest level of regional fame after fifty plus full featured printed articles, over 2 dozen regional TV appearances, and a dozen radio appearances where Griswold discussed the rhyme, reason and substance of his album. The album was a collection of original work backed with well-crafted songwriting and top notch production, but it was also one of the first whistles to sound off in an effort to raise awareness about the challenges of recovery and transition that many recent war veterans have been faced with. Griswold was a 5 year active duty US Army veteran and fought in the “Battle of Ramadi” in 2006 which was the most violent campaign of the war. Griswold struggled with his own transition which began in early 2009. He called on his ability to write songs and make music to keep himself on a road to a strong recovery.

Griswold stays very involved in helping his fellow veterans, but 2012 marks the year for his sophomore album release which again consists of all original songs but with a new twist to his own sound. Maintaining a gravel coated gritty voice and harshly poetic lyrics, he also brings a new soulful smoothness and a more defined Celtic charm to his new arrangements. Many of the recordings for the album featured some modern hip-hop influenced production styles as well. The subject matter for his recent works are far from those prior, but still just as personally revealing and socially stimulating to these modern times. Griswold took on the challenge of stepping back in time to draw from his inspiration. Writing the songs he wished he could have when he was still just a novice level musician and songwriter in his late adolescents living in the St. Paul Suburbs. “East Suburban Serenade Revival” has already entered the anticipation of being his best work yet and may stand to what will be called his masterpiece.

"He is breaking into the Minneapolis music scene with a rough and howling edge" Minneapolis Star Tribune, -Chris Riemenschneider (Pop/Rock Music Critic)

“I feel like I’m sitting on the edge when I listen to his music” KDUZ/KARP MN Music Spotlight, -Joel Niemeyer (Station Program Director)