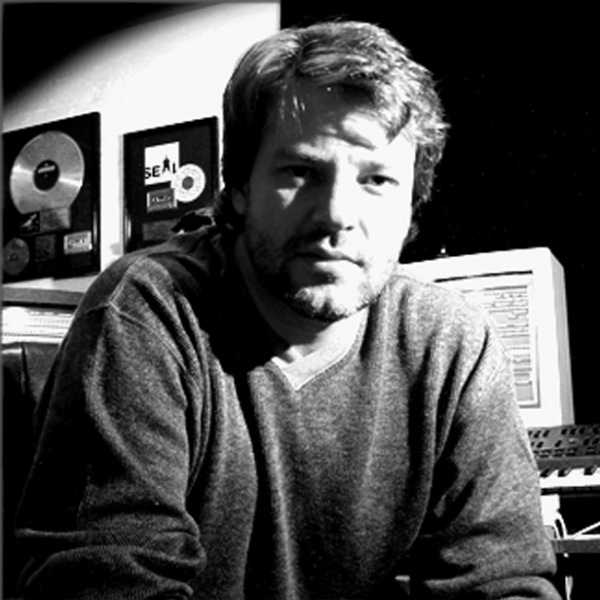 Mars was classically trained from the age of 11. At 14 he won awards for his original solo piano compositions. He was destined for a future in music production.

“Music composition came very naturally to me. At an early age I heard full orchestrations of original music in my head. The mathematics of music fascinated me and I wanted to know everything there was to know about it. I enjoyed modifying or rearranging complex classical and jazz pieces, making them into something else.

I first started working with production music in the early 80’s as part of a musical experiment. The idea of creating music, releasing it to the film and tv world made perfect sense to me. When I received my first royalty check (I was a teenager) I realized music production and publishing would be my future. At that time, I composed music on the Fairlight Computer which was the only music production computer at the time. When I started using the computer, a polyphonic music sequencer was unheard of, so I joined the company to create the first music sequencer “Page R” with their R&D team. I created their sample library and compositions which were installed in thier systems and sent to clients (Duran Duran, Kate Bush, Alan Parsons, Kraftwerk, Tangerine Dream, Mike Oldfield, and many more) and I was also their demonstrator for trade shows. Eventually the Fairlight Computer was capable of making quality music. I used my first production music contract with Castle Music/EMI to test my first batch of diverse compositions made exclusively on the Fairlight Computer. This proved to be successful and the music sequencing model became an essential tool for my career.

After a Fairlight Computer demonstration in Australia with Hans Zimmer, he called me to come and join him in California to help with his films and productions. I worked on “Days Of Thunder” with Tom Cruise, and went on to work with producer Trevor Horn on his new artist “Seal”. Since then I’ve produced many artists but kept up my library music projects as it is an essential part of my compositional diversity.”

Today, Mars has successfully released 22 retail albums www.marslasar.com, and with the help of APM’s CEO Adam Taylor and the APM staff, a full arsenal of production music with Castle Music/EMI, Sonoton and his own libraries Invasion from Mars and Quantum Tracks. Mars' music has been heard all over the globe, nationally on NBC's Conviction, The Medium, Extreme Makeover, the Bachelor, Disney, Oprah Winfrey, Law And Order SVU, America's Got Talent, and Fox's Emmy Awarding winning show 24, Baywatch, Young & The Restless, General Hospital and Hard Copy to name but a few. His song writing and production talents span a multitude of genres including New Age, Pop, Rock, Metal, Jazz, Classical and Electronica.

Mars' first series of library cds released by Castle Music/EMI were frequently used by CBS during their broadcast of the Winter Olympic Games from Albertville, France and the retail version “Olympus” reached Top Ten in the Progressive Adult Contemporary radio charts. His second solo album The Eleventh Hour represented an adventurous future path for Lasar; pushing the boundaries of what is considered New Age into areas of avant-garde, dance, acid jazz, industrial, and world beat. The Eleventh Hour can still be heard at radio across America, Canada, and Mexico with continued success in Europe, Asia and South America. Considered cutting-edge in composition, style and production, this record reached American Billboard's Top 10 NAC.

Mars has been featured in such publications as the LA Times, Spin, The Chicago Sun Times and Billboard Magazine. Mars has appeared on The Discovery Channel's Movie Magic for his technical wizardry, and received numerous awards, including two platinum records. The first for his work on "Crazy," the hit record by recording artist, Seal, and his second for, "Love Is Still Enough," a song Mars wrote and produced with America's Savory. "Love Is Still Enough" was featured on the soundtrack from the movie Jason's Lyric.

Mars has worked with such Artists as T.a.t.u, Divinyls, Jon Stevens (INXS), Rick Dufay (Aerosmith), Steve Balsamo, Erin Williams, Xavier, and Siedah Garrett, best known for her collaborations with Michael Jackson and Brand New Heavies. He has also produced Herbie Hancock, John Sykes (White Snake) and French Diva Liane Foly. In 2002, hit Russian band, T.a.t.u, hired Mars to write and produce songs for their project. As a result of their collaboration, one of the tracks was entered into the 2003 Eurovision Song Contest earning third place amongst the 26 countries entered.

“Production music has always been something I can rely on in this ever changing world, and I hope to continue writing and publishing diverse music well into the future.”