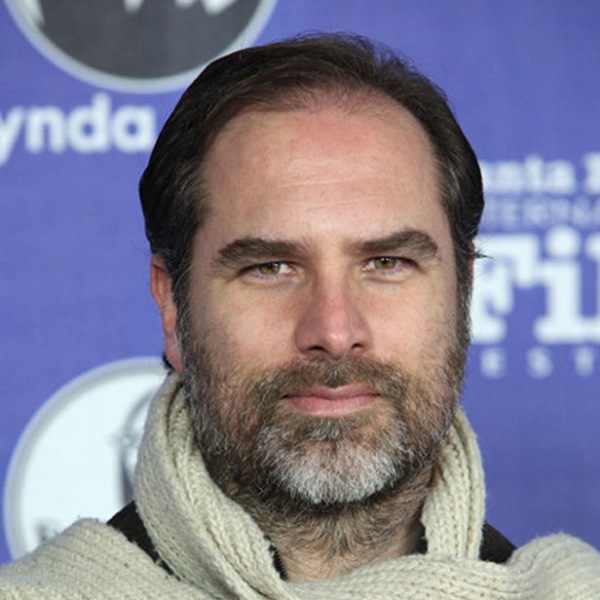 Marcello De Francisci is an American composer with an Italian-Argentinean background based in Los Angeles, California. His career began as a visual artist while attending fine art school in the city of Seville (an institution founded by famed Baroque painter Bartolome Esteban Murillo) later furthering his education at the Universidad Complutense de Madrid, in Spain. During the course of his studies he taught himself music in addition would soon discover his true passion was to score soundtracks to films.

Most of Marcello’s early childhood til his early twenties was spent traveling and living abroad due to his father’s work as an international sales manager for a company based in the U.S. He resided in countries throughout South America, the Caribbean, all across the U.S., North Africa, and, Spain. On his summer breaks from school he would venture across the straits of Gibraltar to Northern Morocco immersing himself in the culture of this historic place. These journeys and experiences were the building blocks of his temperament as an artist as well as the foundation to an extensive musical palette he brings to the motion picture soundtrack industry today.

In October of 2003 Marcello found the means to pursue a solo career as a film composer. In 2006 he won the “Best Soundtrack of the Year G.A.N.G. Award” for his work on Sony Computer Entertainment’s “God of War” game. In 2008 he partnered up with Golden Globe Winner (singer for “Dead Can Dance” / composer for “Gladiator”) Lisa Gerrard. Both of them co-wrote numerous motion picture soundtracks scores together in addition collaborated on a solo album project titled “Departum”. Since then he has scored a slate of award winning films including Natalie Portman’s first Western genre film titled “Jane Got A Gun” and the anticipated sequel to “Baraka” art house feature documentary “Samsara”. He is a recipient of two Australian Film Critic’s Circle Awards for his work on “Balibo”, “Oranges & Sunshine” starring Emily Watson, Hugo Weaving and his music has licensed on an array of motion picture trailer advertising campaigns including Ridley Scott’s “Exodus”, James Cameron’s “Avatar”, Jerry Bruckheimer’s “National Treasure” and Guillermo Del Toro’s “Hellboy”.

E P I C A – is an emotionally charged collection of Epic-Orchestral Choral Percussive Hybrid cues geared for use in motion picture trailers and games. This initial release includes two tracks featuring vocal performances by renowned Macedonian singer Tanja Tzarovska whose prior work can be heard in blockbuster films like “The Passion of the Christ” and “Troy”. Most of the release was recorded live and contains massive percussion beds.