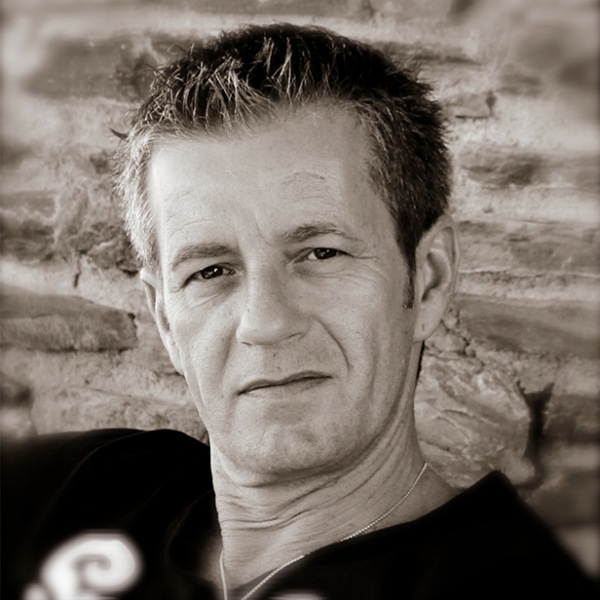 Marc Dall’Anese is a french composer born into a family of musicians native of Venice (Italy). He early began to play music and entered at the age of 5 at the conservatory. First, he started to study piano and classical percussions then he learned drums, inspired by Count Basie, The Jazz Messenger, Weather-Report, Return to Forever, Herbie Hancock, Earth Wind and Fire, Stevie Wonder…

Teenager, he followed his father behind the scene and often worked as a technician for many famous French artists like Sylvie Vartan, Johnny Hallyday... Then, it was his turn to be on the scene; he created his own group “Mixed Blood” at 15 years old. Be raised in an environment filled with music gave him the determination to live from his passion.

1980 is a turning point: he went for his first tour to Japan, was part of “Raymond Lefèvre Grand-Orchestra” (40 musicians), the “Paul Mauriat Grand-Orchestra” (45 musicians), he travelled all around the world through many tours and made also his first “solo album”. After specializing as a studio drummer, producer and sound-engineer for many stars of French variety, he worked on arrangements for various artists (Jane Birkin, Barbara, Rita Mitsouko…). It’s with his composer’s soul that he focused his personal work on Stravinsky, Bartok, Tchaikovsky, Prokofiev, Shostakovich and Vivaldi.

In recent years, he had composed a lot for AXS Music, made sound design for radio, TV and lots of Medias in France, worked for the orchestrations of “Arthur and Minimoys” by Luc Besson. Nowadays, he’s working as additional composer for Hollywood productions.