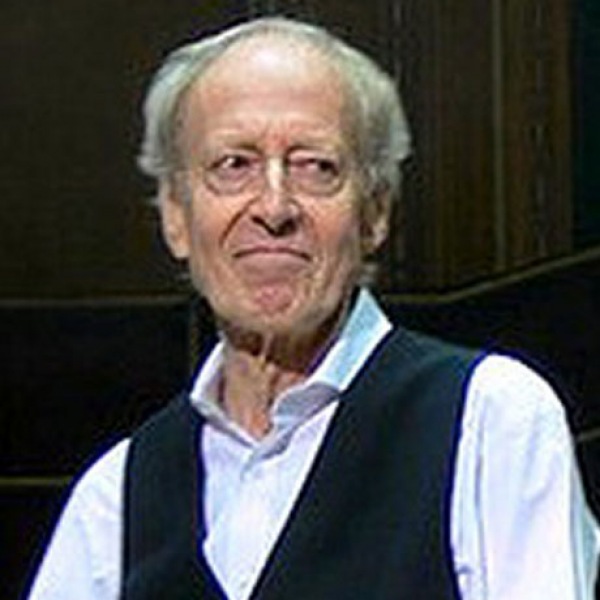 John Barry was born in York, England in 1933, and was the youngest of three children. His father, Jack, owned several local cinemas and by the age of fourteen, Barry was capable of running the projection box on his own - in particular, The Rialto in York. As he was brought up in a cinematic environment, he soon began to assimilate the music which accompanied the films he saw nightly to a point when, even before he'd left St. Peters school, he had decided to become a film music composer. Helped by lessons provided locally on piano and trumpet, followed by the more exacting theory taught by tutors as diverse as Dr. Francis Jackson of York Minster and "Bill" William Russo, formerly arranger to Stan Kenton and His Orchestra, he soon became equipped to embark upon his chosen career, but had no knowledge of how one actually got a start in the business. A three year sojourn in the army as a bandsman combined with his evening stints with local jazz bands gave him the idea to ease this passage by forming a small band of his own. This was how The John Barry Seven came into existence, and Barry successfully launched them during 1957 via a succession of tours and TV appearances. A recording contract with EMI soon followed, and although initial releases made by them failed to chart, Barry's undoubted talent showed enough promise to influence the studio management at Abbey Road in allowing him to make his debut as an arranger and conductor for other artists on the EMI roster.

A chance meeting with a young singer named Adam Faith, whilst both were appearing on a stage show version of the innovative BBC TV program, Six-Five Special (1957), led Barry to recommend Faith for a later BBC TV series, Drumbeat (1959), which was broadcast in 1959. Faith had made two or three commercially unsuccessful records before singer / songwriter Johnny Worth (Johnny Worth), also appearing on Drumbeat, offered him a song he'd just finished entitled "What Do You Want?" With the assistance of the JB7 pianist, Les Reed, Barry contrived an arrangement considered suited to Faith's soft vocal delivery, and within weeks, the record was number one. Barry (and Faith) then went from strength to strength; Faith achieving a swift succession of chart hits, with Barry joining him soon afterwards when the Seven, riding high on the wave of the early sixties instrumental boom, scored with "Hit & Miss," "Walk Don't Run" and "Black Stockings."

Faith had long harboured ambitions to act even before his first hit record and was offered a part in the up and coming British movie, Wild for Kicks (1960), at that time. As Barry was by then arranging not only his recordings but also his live Drumbeat material, it came as no surprise when the film company asked him to write the score to accompany Faith's big screen debut. It should be emphasised that the film was hardly a cinematic masterpiece. However, it did give Faith a chance to demonstrate his acting potential, and Barry the chance to show just how quickly he'd mastered the technique of film music writing. Although the film and soundtrack album were both commercial successes, further film score offers failed to flood in. On those that did, such as "Never Let Go" and "The Amorous Prawn," Barry proved highly inventive, diverse and adaptable and, as a result, built up a reputation as an emerging talent. It was with this in mind that Noel Rogers, of United Artists Music, approached him in the summer of '62, with a view to involving him in the music for the forthcoming James Bond film, Dr. No.

He was also assisted onto the cinematic ladder as a result of a burgeoning relationship with actor/writer turned director Bryan Forbes, who asked him to write a couple of jazz numbers for use in a club scene in Forbes' then latest film, The L-Shaped Room. From this very modest beginning, the couple went on to collaborate on five subsequent films, including the highly acclaimed Séance On A Wet Afternoon, King Rat and The Whisperers. Other highlights from the sixties included five more Bond films, Zulu, Born Free (a double Oscar), The Lion In Winter (another Oscar) and Midnight Cowboy.

In the seventies he scored the cult film, Walkabout (Jenny Agutter), The Last Valley (Caine / Sharif), Mary, Queen Of Scots (Oscar nomination), wrote the theme for TV's The Persuaders (Roger Moore & Tony Curtis), a musical version of Alice's Adventures In Wonderland, the hit musical Billy (with Michael Crawford - ran for 2 and a half years). Then, in 1974, he made the decision to leave his Thameside penthouse apartment for the peace of a remote villa he was having built in Majorca. He had been living there for about a year, during which time he turned down all film scoring opportunities, until he received an invitation to write the score for the American TV movie, Eleanor & Franklin. In order to accomplish the task, he booked into the Beverly Hills Hotel for six weeks in October 1975. However, during this period, he was also offered Robin And Marian & King Kong, which caused his stay to be extended. He was eventually to live and work in the hotel for almost a year, as more assignments were offered and accepted. His stay on America's West Coast eventually lasted almost five years, during which time he met and married his wife, Laurie, who lived with him at his Beverly Hills residence. They moved to Oyster Bay, New York and have since split their time between there and a house in Cadogan Square, London.

After adopting a seemingly lower profile towards the end of the seventies, largely due to the relatively obscure nature of the commissions he accepted, the eighties saw John Barry re-emerge once more into the cinematic limelight. This was achieved, not only by continuing to experiment and diversify, but also by mixing larger budget commissions of the calibre of Body Heat, Jagged Edge, Out Of Africa (another Oscar) and The Cotton Club with smaller ones such as the TV movies, Touched by Love (1980) and Svengali. Other successes included: Somewhere In Time, Frances, three more Bond films, the thriller, Jagged Edge and Peggy Sue Got Married.

After serious illness in the late eighties, Barry returned with yet another Oscar success with Dances With Wolves (1990) and was also nominated for Chaplin (1992). Since then he scored the controversial Indecent Proposal, My Life, Ruby Cairo, Cry The Beloved Country and has made compilation albums for Sony (Moviola and Moviola II) and non-soundtrack albums for Decca (The Beyondness Of Things & Eternal Echoes).

In the late nineties he made a staggeringly successful return to the concert arena, playing to sell-out audiences at the Royal Albert Hall. Since then he has appeared as a guest conductor at a RAH concert celebrating the life and career of Elizabeth Taylor and made brief appearances at a couple of London concerts dedicated to his music. In 2004 he re-united with Don Black to write his fifth stage musical, Brighton Rock, which enjoyed a limited run at The Almeida Theatre in London.

He continued to appear at concerts of his own music, often making brief appearances at the podium. In November 2007, Christine Albanel, the French Minister for Culture, appointed him Commander in the National Order of Arts and Letters. The award was made at the eighth International Festival Music and Cinema, in Auxerre, France, when, in his honour, a concert of his music also took place.

In August 2008 he was working on a new album, provisionally entitled Seasons, which he has described as "a soundtrack of his life." A new biography, John Barry: The Man with The Midas Touch, by Geoff Leonard, Pete Walker, and Gareth Bramley, was published in November 2008.

John Barry passed away on January 30th, 2011, while his memory and music continues to lives on.