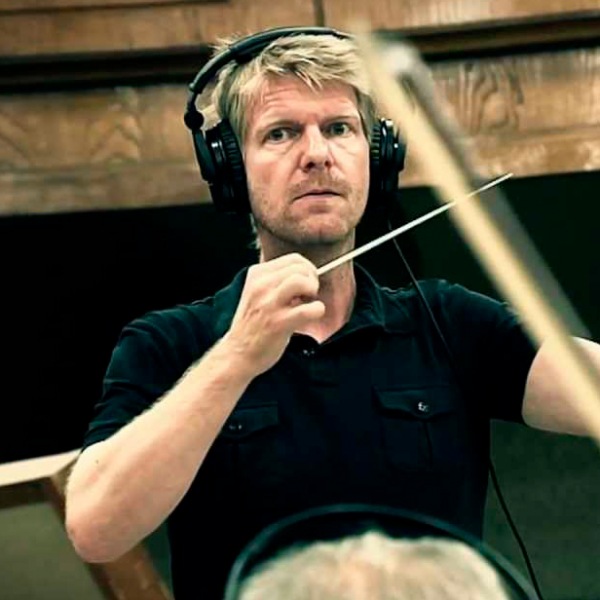 Gregor Friedrich Narholz, is an Austrian film composer who lives in Los Angeles. His film credits include original scores for theatrical features, from animation to action-adventure to crime-thriller, and scores for award-winning dramatic and horror shorts, video game scores for games such as BATTLEFIELD 2142 and X-MEN as well as more than 40 documentaries.

Since 1992 Gregor has also written and produced an oeuvre of more than 1200 production-music compositions, which have been licensed worldwide for film soundtracks, promos and trailers; commercials; and major network and cable TV news shows, sitcoms, specials and dramatic series.

Gregor orchestrates all his own work and is an accomplished conductor who has acted as co-director of the Budapest Film Orchestra since 1992. He also does his own synth programming.

The composer was born and raised in Gmunden, Austria, where he began piano lessons at age 4 and received rigourous home instruction from his composer father, Gerhard Narholz.

After high school, Gregor studied at the Richard Strauss Konservatorium in Munich, where he graduated with a degree in Classical Composition & Conducting.

After attending a summer honors seminar in film music with composer Ennio Morricone, in Basel, Switzerland, Gregor moved to Los Angeles and completed the USC graduate program in “Scoring for Motion Pictures & Television,” where he won the BMI Music Award in 1995.

In 2008 and 2009 his work with the highly successful group ADORO earned him 2 platinum albums for their first and second album. This success brought him back on a live concert stage to conduct the inauguration concert series for ADORO in 2009.

As producer, conductor, orchestrator/arranger and composer he is frequently working for Sonoton.

AWARDS: ASCAP FILM and TV Music Award 2005 for his score to the "Spongebob Squarepants Movie"

52nd Annie Awards, nomination for Best Score in an Animated Feature Production in 2004.