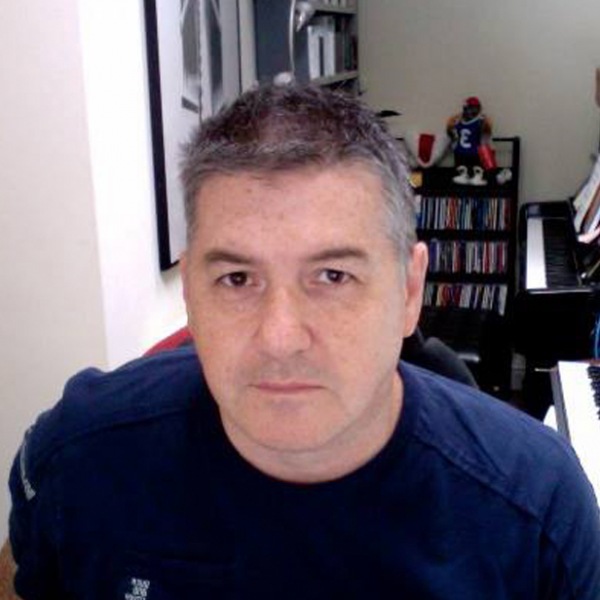 Gary Scargill and Peter Oldroyd have over twenty years experience as writers and producers of original music scores for television, film and radio.

They are renowned for their work in broadcast television, composing title sequences such as ‘Esther' (BBC), ‘The National Television Awards' (ITV) and the Granada Television Station Ident.

With a variety of musical experiences behind them, Gary & Peter began their career in pursuit of the perfect pop song. While they may not have ever actually written it (!) their eighties electro-synth pop band Camera Obscura, signed to now legendary label Small Wonder Records, paved the way to what would soon become one of the most successful music collaborations in the world of media and television.

Swapping their jumpsuits and stage for a tie and a more conventional office, Scargill & Oldroyd became the British Broadcasting Corporation's (BBC) composers of choice during the 80's and 90's, working on some of the most innovative and seminal programs around including: ‘Reportage', ‘People Today' and ‘Everyman'. They soon branched out into other broadcasting corporations working with ITV, Channel 4 and Sky to cement their reputation as TV's best-known and loved composers.

In 1996, uninspired by the production music surrounding them, Scargill & Oldroyd decided to put their wealth of media experience and musical background to a new idea - a music library that wouldn't just produce the same track in different
formats but one that would bring the music user something they actually enjoyed, several things they definitely wanted and a few things they didn't know they needed.

And so came Ded Good Music- the freshest and most innovative library ever to be run by bonafide pop stars, responsible for discovering some of the industries' best musical commercial talents. Meanwhile - what of Gary & Peter?
Well you know that their innovation and independence became synonymous with the Ded Good brand but we bet you didn't know that they've never stopped writing and although the necessity to bury themselves behind an office desk instead
of a mixing one was sometimes unavoidable, they continued to be Ded Good Music's most successful and biggest earning composers.

The Scargill/ Oldroyd partnership continued to evolve musically to the polished article you hear today and has produced music for over 25 albums - that's over 300 tracks! We're sure you'll agree that's a lot of music -they're still going strong
today. Still in pursuit of the perfect song, but now in genres spanning electronica to ethnic chill, guitar rock to feel-good pop - they always surprise, often delight and definitely never bore.