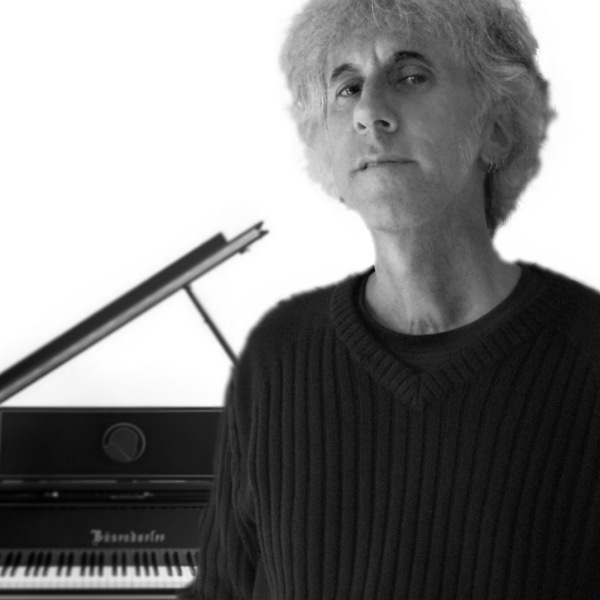 Mostly known with the pseudonym “Deca”, used for the biggest part of his discography, Federico de Caroli is an established composer of Electronic and Ambient music who worked in the theatrical, multimedia and broadcasting field. He has been defined as ‘the sound alchemist’ for his deep experimentations, and a skilled pianist, composer, producer and sound designer, always mediating between tradition and innovation, without stylistic and cultural foreclosures.

Born in Savona (Italy 1964), he started studying piano at the very young age, and developed his musical interests at 360-degree, ranging his passion between baroque, romanticism and rock’n’roll. Getting astonished by synthesizer music, inspired by the Kosmische school sound and the Krautrock era, Federico soon started to record music with the synthesizers at his home studio, releasing his debut LP in 1986. Since then he released 15 studio albums, including self-released stuff, always swinging between Ambient, Industrial and Electronic music, until the pure minimalism.

He begun to work with Rai television in 2008 writing Library music for the Italian TV national broadcaster, and he worked on adding music to TV spots and more commercial videos for big companies like Novartis, Demont, Eurolasik. He currently holds an endowed chair in Musicology and Analysis of the Cinematographic Language at Erich Fromm university campus in Prato, Italy.