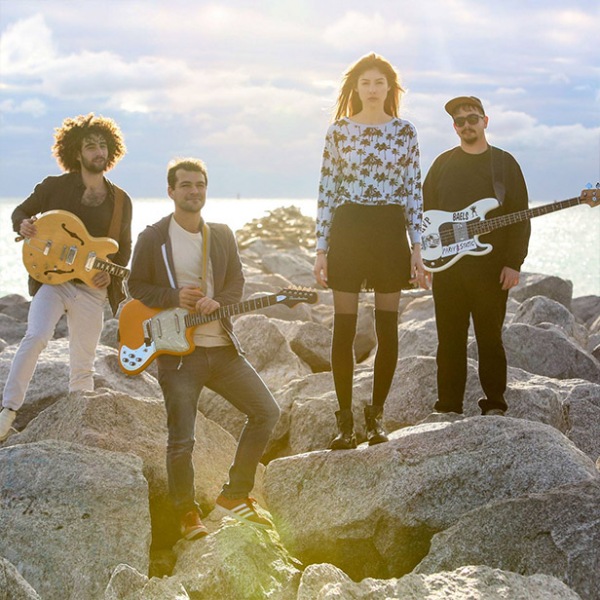 Miami-based trio Ex Norwegian is on the brink of redefining indie rock with their unpretentious, addictive sound that is free of ‘woe is me’ and self aggrandizing. Instead, irresistible, hook-laden songs – both musically and lyrically – combined with a comfortable and inviting live show is steadily drawing in audiences and critics, alike.

Formed in 2008, Ex Norwegian has independently released two albums, Standby (2009) and Sketch (2010), both receiving praise by traditional and digital media locally, nationally and internationally, as well as their ever-expanding fan base.

In 2008 the band posted their first song, “Something Unreal,” on MySpace. Within days they discovered that it had already achieved radio play. They knew then that the ride was just beginning and quickly went to work. First stop – being invited to perform at the famed CMJ Festival in New York, October 2008. It was that night that Ex Norwegian was officially christened. The band then released their second single, the impossible-to-resist “Dance Trance Pants” and continued the growing momentum with their debut full-length album, Standby, in March 2009.

“Imagine Superdrag mixed with The Kinks and you can get an idea of their sound that really needs to be heard to believe.” -Dan Goldin, Exploding In Sound

The album received both critical acclaim and a great deal of play on college radio. Ex Norwegian took to the road, touring the east coast to support the record and, with the help of music obsessed bloggers and concertgoers, kept the buzz going. By year’s end, Standby worked its way onto several end-of-year charts, including being ranked number one on City Link Magazine’s “Best 2009 South Florida Albums.”

"I pick out Ex Norwegian for the next big indie thing." -Lies Hamilton, Revue West Michigan

After a year filled with touring, promoting, songwriting and working to perfect their craft, Ex Norwegian released Sketch in June 2010. The response has been overwhelmingly positive, energizing the band as they continue their journey.