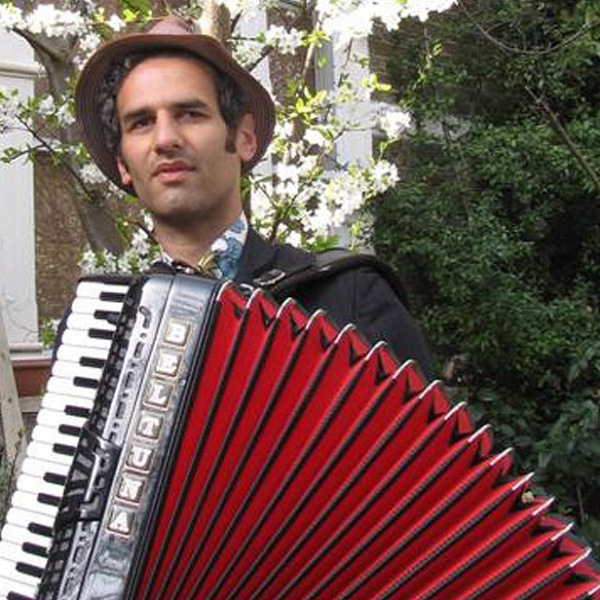 Dan Teper (a.k.a. Danny Fromajio) is an international jet-setting fun bucket who, as a youngster, had an unfortunate "cheese mistake." He fell into a vat of bubbling cheese fondue and contracted a rare brand of happy-go-lucky charm and kitschness that is all his own.

He has accumulated writing credits on a series of albums and tracks for KPM over the years, only around half of which can be taken seriously in any way. From CheeseCore (KPM 479) and CheeseCore Deluxe (KPM 694) to Happy Now? (KPM 783) he has flexed his considerable cheese muscles and created his own "kitsch 'n' sync" tongue-in-cheek style (not forgetting, of course, the important input of his co-writers!).


His other KPM credits include the rather more serious and introspectiveImagination (2006) and The Curious Box of Little Scores (KPM 728). When he's not enjoying the unadulterated privilege of scribing for KPM, Dan writes rather varied music for documentaries, TV shows, adverts and film. His music has appeared in Only Fools and Horses, Big Brother and The Oprah Winfrey Show, and in campaigns for Egg Bank and Vision Express. When he's not composing or playing gypsy music on the accordion, he likes to hide in cupboards trying to find innovative ways to repackage cheese.