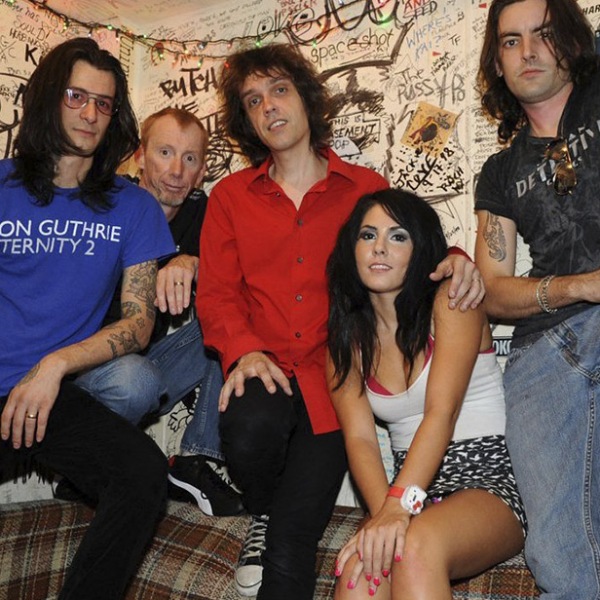 Chris McKay and The Critical Darlings

Chris McKay and Frank DeFreese formed The Critical Darlings in 2004. By 2009, the Critical Darlings had expanded to a quartet and released, Satisfactionista, which was produced by GRAMMY nominated producer David Barbe. Lee Smith of Creative Loafing has named the Critical Darlings "a great little buzz-worthy band" and dubbed McKay "power pop potentate." Hailing from South Carolina and choosing Athens, Georgia as his home, nationally known photographer Chris McKay earned a couple of handfuls of ASCAP Music Awards for his solo work but had wanted to be back in a group since his days with Q-Sign, which was named "one of the best unsigned bands in America" by Musician Magazine.

In 2004, McKay and his bass-playing high school friend Frank DeFreese formed The Critical Darlings. When word started to spread, the offers for shows came. "For the first year, we never booked gigs. We only accepted invitations," McKay said. "I thought that was a great sign."

Eventually, the Darlings went into the studio to record C'mon, Accept Your Joy! Before the CD was finished, leaked tracks had garnered airplay in 3 states. Since the official release of Joy, the songs have been picked up by over 150 stations around the world (from Poland to New Zealand to London and back to the States).

In 2009, the band's second full-length album, Satisfactionista, was released. The songs were chosen by fan vote and taken into the studio with GRAMMY nominated producer David Barbe  (R.E.M., Drive-By Truckers, Cracker, Betty Lavette). Upon completion, the original pressing of the album was sold out by pre-orders two days before the official release date, forcing a quick second edition. Of special interest is the collaboration with David Bowie's inimitable pianist Mike Garson (Aladdin Sane, Diamond Dogs, Young Americans) who appears on the track "Something Unseen" .

If that's not enough, The Darlings were named as one of the "top ten best acts at the 2008 Atlantis Music Conference" by Target Audience Magazine and are one of the first bands chosen to employ Pete Townshend's Lifehouse Method in co-composing several tracks with The WHO's songwriter / guitarist via software that produces a unique song based on data input.