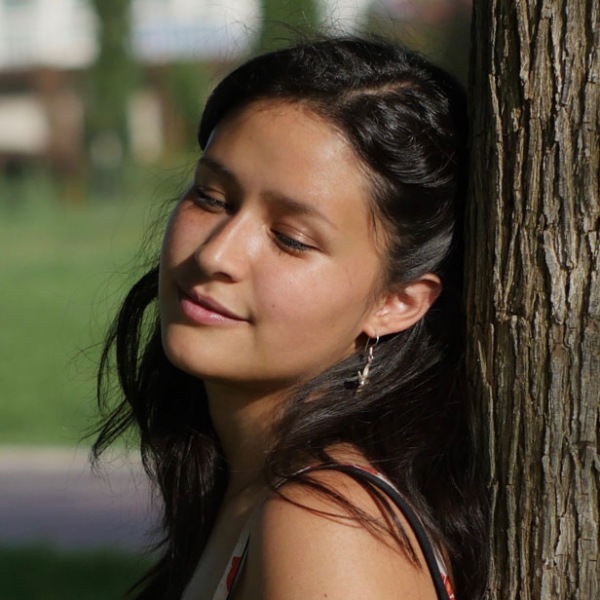 Belén is an LA-based composer, songwriter and figure skater originally from Ecuador. Between six and nine years of age, Belén received chemotherapy to treat leukemia.When she couldn’t play outside or even go to school for months, she would play and sing the songs her dad and mom listened to. As soon as her health allowed, she performed regularly as a soloist, skating to ballet music and soundtracks. Belén often played piano for school presentations, always wearing a hat to cover her bald head.

As Belén grew up, ice figure skating led her to discover her love for music and scores. Finally, at 16 years of age she received her first piano lesson when admitted to study at the National Conservatory of Ecuador. Belén felt drawn to pursue composition after she became a mom, at 23 years old. In 2014, she was admitted to study at Berklee Valencia’s Film Scoring program with a scholarship. Studying in this program while caring for her son in Spain was a great challenge, though filled with rewarding experiences such as conducting her music at Abbey Road Studios for the first time with a 50-piece orchestra.

In 2017, one of her end credit songs received the award for Best Vocal Song in a Short Film at the Garden State Film Festival. In 2018, Belén released her first single, “Lágrimas de Abril,” a song dedicated to the thousands of victims affected by the 2016 earthquake that hit Ecuador’s coast . The song won first place in a national songwriting contest in Ecuador.