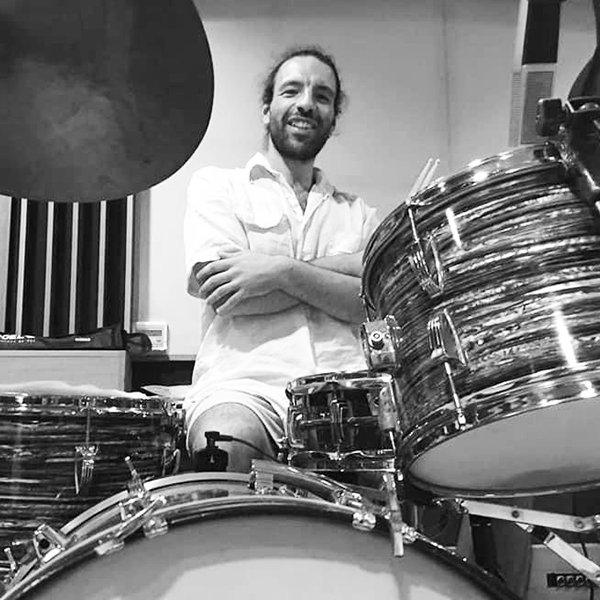 Andrea de Fazio is an Italian drummer and composer from Naples, Italy, currently playing for the acclaimed Italian band Nu Genea. He's at the drums and composed the music for his parallel projects Parbleu, Ciro Miami, and The Funkin' Machine. He has recently been featured on Rolling Stone Italia as one of the ten most talented Italian drummers and the driving force behind the exciting Nu Genea Mediterranean groove. His style is a powerful mixture of different influences, from Afrobeat to Funk, from Disco to Neapolitan Pop. The new sound from the Mediterranean goes through his drumstick.