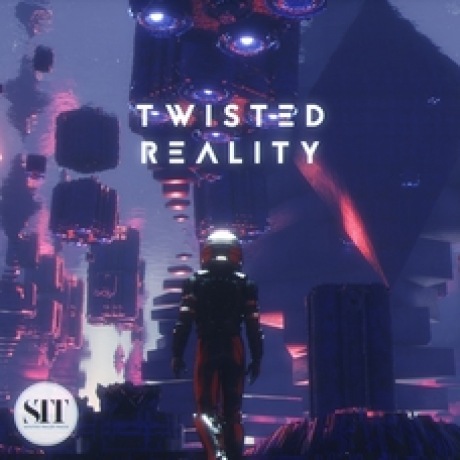 The Wide And Wonderful World Of Trailer Music

If you’ve ever been to a movie theater, then you’ve experienced the wide and wonderful world of trailer music. It’s a big part of the reason why so many people insist on getting to the theater in time to catch those fifteen to twenty minutes of previews before the movie itself starts—hearing and seeing snippets of the next big blockbusters unfold on the silver screen can be more fun than the full-length film. And the music in those snippets, the soundtrack that makes each disparate scene fit together seamlessly and sells the project as a whole? Well, that music frequently doesn’t appear in the film itself, or has far less air time than it does in the trailer.

These brief two-three minute compositions are mostly there to make a brief preview make sense for viewers. That’s trailer music. Of course, sometimes trailer music does make its way into the film as an extension of a score or a theme that becomes part of the larger feature story, which means the composers behind it are masterminds who understand the film so well they literally get under its skin. As just one of the many subsections of the world of production music, trailer music is a thing unto itself, a region where elevating the voices of characters or a narrator is just as important as building tension (they do this using something called a “rise,” more on that later), and part of that means staying out of the way.

“If we wanted to show everything we could do, we’d kind of need to make our own records,” laughed film composer and the co-founder and VP of Pitch Hammer Music, Veigar Margeirsson. “We’re providing a service to the film and visual industry. It’s not about the music, but this business cannot function without music. Our job is to elevate something visual without being noticed, make a product better.” In his work with Pitch Hammer, which Margeirsson founded along with fellow artist and production music expert, Brain Brasher (founding guitarist of the rock band Creed), the pair seek out melodies that are impactful, super simple, and that help provide motion within the trailer.

Brasher, who previously held a role at APM running their trailer music division, noticed Margeirsson’s compositions stood out above the rest of what he was hearing across the board. Brasher remembers that he was always drawn to Margeirsson’s sound, and eventually reached out and discovered they were neighbors. Initially collaborating strictly on music projects, they eventually got APM’s blessing to go out on their own with Pitch Hammer, a strictly trailer music-focused company, and ended up bringing some of that sound back around to APM after a few years. Collaborating with Brasher and Margeirsson on Annihilation, a trailer music library by Pitch Hammer, the connection had come full circle.

Within the broader world of production music, Margeirsson knows that he and Brasher have found a niche that really works for them.“Production music, obviously, is very broad,” Margeirsson continued. “It could be trailer music, it could be sports, it could be home and garden TV—it’s a really huge spectrum of stuff. With trailers and promos, the word that comes to me is impact. It’s got to have a lot of impact. Our melodies, and a lot of our stuff with Annihilation, the melodies are really simple, on purpose, so they’re not in the way. We’ve got to provide motion that elevates something visual. Our job is to elevate something while staying out of the way.”

Part of staying out of the way is understanding that whatever snippets of the film that include dialogue, or a voiceover, need to be elevated even more than the music. “The music has to be grabbing and captivating, but at the same time, almost every time our music is used there’s some kind of dialogue going over, or voiceover,” Margeirsson said. “With the trailers, it’s really about high impact and getting people excited. A friend of ours who does mixing put it very succinctly: trailer music is like an orchestra on steroids—everything is just hyped.” This extremely loud, impactful music can be physically exhausting too, and Margeirsson reports that sometimes his ears are ringing after a full day’s work.

So how do composers like Margeirsson build that hype in the span of ninety seconds? They rely on music theory to create tension and drama throughout the course of the trailer, sometimes without the listener even realizing how it’s happening. “If you see a movie trailer, a lot of times there’s some kind of rising sound,” Margeirsson explained. “It’s usually towards the end, it’s layered on top of music and you feel like everything is just going to explode and the world is going to end. That’s what a trailer rise is, and we’ve made a bunch of them for clients.”

And though plenty of producers and composers use Digital Audio Workstations and computer generated music to create rises for trailers, Brasher and Margeirsson were committed to doing it old school—with a live orchestra. Back when they first started Pitch Hammer, the pair had a single thumb drive full of rises that they took around to potential clients, pitching themselves and making a name for their new company. The fact that they’re now one of the most influential and successful trailer music firms in the country proves just how effective those rises were, and how deeply Brasher and Margeirsson understand this world.

So the next time you’re dragged to a movie theater early by a friend who is obsessed with the process of sitting through the previews, or a preview clip advertisement that springs up before your Youtube video is actually captivating enough to keep watching, know that composers within the trailer music world had a lot to do with it. Don’t believe me? Try watching a preview with the sound off, 99% of the magic disappears. Thankfully, the world of trailer music isn’t disappearing anytime soon, and now you might be a little more appreciative of what’s going on behind-the-scenes.

APM Music has the most extensive trailer music library in the world, and one of the best albums is Twisted Reality from Sonoton Trailer. The album was released in 2021, and all tracks were composed by Jack Berman, which are perfect for dark, aggressive, and futuristic trailers for film, TV, video games, and advertising.

Here are the first ten tracks from this incredible album. Click HERE to listen to the entire album.

Why APM Music?
APM is the world’s largest, deepest, and broadest music collection with over 1,000,000 tracks from 160 of the industry’s most diverse, respected, and admired libraries, including the legendary British library, KPM. It is also home to the best music directors in the industry today. They offer their expertise to clients in search of the perfect music for their projects.

"As always with the masterful writer-director Guillermo del Toro, every music decision in Nightmare Alley is incredibly specific and deliberate……After 25 years of seeking great music tracks in all genres, APM Music never ceases to amaze me with their depth and quality. The APM search engine is like a magical, all-seeing eye that instantly pulls incredible options for the film scenes I am working on.” - John Houlihan, Music Supervisor (Nightmare Alley, The Eyes of Tammy Faye, Nomadland)