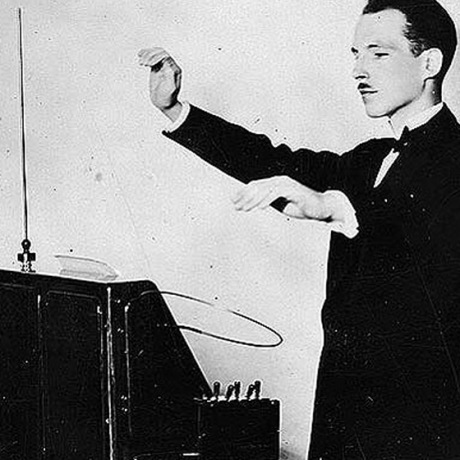 While hosting an APM company-wide boat cruise around the waters of Santa Monica Bay, Sonoton owners Gerhard and Heidi Narholz, along with their son, Gregor Narholz, and US Director, Elisabeth Oei, hoisted an actual Theremin on board ship and took her out to sea. The Theremin has rarely been featured in music, let alone Library music. Sonoton believed it should be, especially on those cues for Halloween and other spooky occasions.

Those on board eagerly dove into a spontaneous jam session on the peculiar instrument. Taking turns, one by one or sometimes performing as a duet, the enthusiastic group waved their fingers and hands around, below, and in the proximity of two metal antennas. The distance from one antenna determines frequency (pitch), and the distance from the other controls amplitude (volume). Most frequently, the right hand controls the pitch and the left controls the volume. Certainly, not being of professional stature quite yet, the APMers simply waved their hands around with no particular technique whatsoever!

The Theremin was invented by Russian physicist Leon Theremin in Moscow in 1920. Clara Rockmore, a legendary Thereminist , largely introduced the instrument to the United States and toured to wide acclaim. Later, Theremin was made popular by The Beach Boys, when they featured the odd-looking and even more odd-sounding instrument on their hit song “Good Vibrations”. A resurgence of interest in Theremin occurred in 1994, when the highly regarded film “Theremin: An Electronic Odyssey” was released to excellent reviews. Since then, it has become more popular with avant-gardists, contemporary musicians and electronics enthusiasts.

Not to be left out of these elite groups, you may find these unique performances by APMers on the following Sonoton CDs and tracks, just in time for Halloween, when Theremin is most often heard: