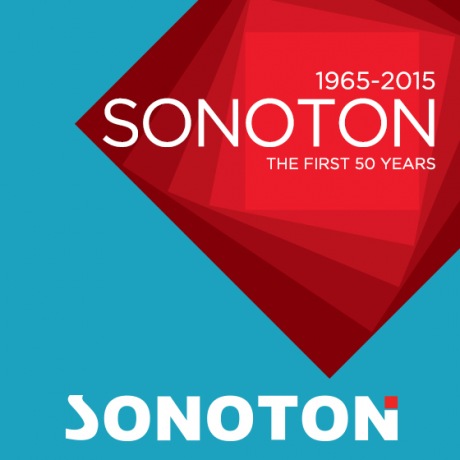 2015 marks the 50th anniversary of the Sonoton Music Library! Sonoton will be celebrating the First 50 Years by hosting a 50th Anniversary Gala in the beautiful city of Munich, Germany. Sonoton agents, clients and composers from around the world will join in this very special event on June 25th. To commemorate, SONOTON has issued a special LP with 50 hand-picked tracks representing each decade of music.

In 1965, Rotheideand Gerhard Narholz established SONOTON as a music company in Munich, Germany. Gerhard Narholz, then songwriter for artists such as Petula Clark, Bill Ramsey and Heidi Brühl and also a composer for German feature films and television series, provided specific film and television music as background music, thus introducing and reinventing library music in Germany. While Gerhard Narholz continued to compose as well as commission other composers to write specifically for Sonoton, Rotheide Narholz, originally trained in the travel and tourism industry, developed and grew the infrastructure of the young company. In the following years, she supervised the development of data processing with proprietary software, devised the SONOfind music search programme (the first of its kind), initiated the SONOTON web site and introduced the HD MusicStation. Together with Gerhard Narholz's creative and production skills, SONOTON grew into a pioneering full-service music company and a high-tech leader in the music library world.

In 1993, Sonoton further established itself in the US market by appointing Elisabeth Oei as special SONOTON US Director through APM Music, the SONOTON representative in the USA, to support the German-based company on becoming the leading US brand. Sonoton continued to expand with new innovations and groundbreaking advances. Today it is the largest independent music library in the world with well over 100,000 tracks, adding more than 70 albums to the catalogue each year. Sonoton currently has 35 agents worldwide, and in Germany represents 60 international labels who add an additional 100 albums per year.  >Watch an interview with Sonoton's Elisabeth Oei

APM is proud to represent SONOTON in the U.S. and Canada, and wishes Gerhard and Heidi Narholz and the entire Sonoton staff a Happy and Prosperous 50th Anniversary. Here’s to the next 50 years!

Browse the music on the special LP of  hand-picked tracks representing each decade of music.