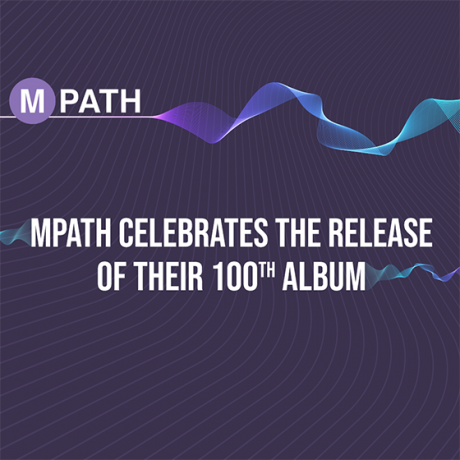 MPATH CELEBRATES THE RELEASE OF THEIR 100TH ALBUM!

In September of 2018, Mpath uploaded its first album to APM Music and EMI Production Music. This was a risky endeavor for a woman-owned small-business startup and independent music library. Under Mirette Seireg’s leadership, Mpath’s focus was to maximize personal connections within the Hollywood composer community to generate the kind of high-quality work it needed to stand out. When APM’s VP of Content Strategy Edwina Travis-Chin suggested “Thinking Music…Tracks that work brilliantly under dialogue”, Mpath’s journey began! Keenly aware that women composers made up only less than 3% of those active in the industry, Mirette vowed to do something about it. She began a program to actively recruit highly talented women composers and within a year became the first production music library of its kind to achieve gender balance in its composer roster. Mpath's catalogue has grown beyond "Thinking Music" to include a host of genres. By early 2019, Mirette focused on scouting distinctive new music among underrepresented composers, across cultures and continents, encompassing a variety of useful genres, moods, and emotions for advertising and screen scoring. This focus included colorful contributions from artists in South America, Europe, Asia, Australia, and Africa, as well as North America.

Mpath’s 100th album will be part of APM Music’s newly released music for September 2021. Join in on the celebration and enjoy Mpath’s exquisitely crafted collection.

Proudly changing the music world for females and other underrepresented composers, Mpath Music LLC is the first woman-owned library in the world to achieve gender parity. Mpath has scouted talent worldwide from nearly every continent on earth. Owned and managed by Mirette Seireg, President, Mpath’s music library is represented by APM Music in North America and EMIPM in the rest of the world (both are divisions of Sony). In addition to managing Mpath, Mirette is an active member of the Production Music Association where she spearheaded the creation of and chairs the Inclusion and Diversity Committee, and she serves on the Mark Awards Committee. The renowned Berklee College of Music / Boston Conservatory at Berklee and Mpath have an on-going mentorship program to provide emerging composers hands-on experience. ​

Mpath music is curated by the two-term governor of the Television Academy (Emmys) and multi-award-winning Film, Television, Advertising, Game, composer/producer, Michael A. Levine. Mpath’s Vice President, Bijan Olia, is an award-winning composer and a relentless advocate for composers worldwide. ​