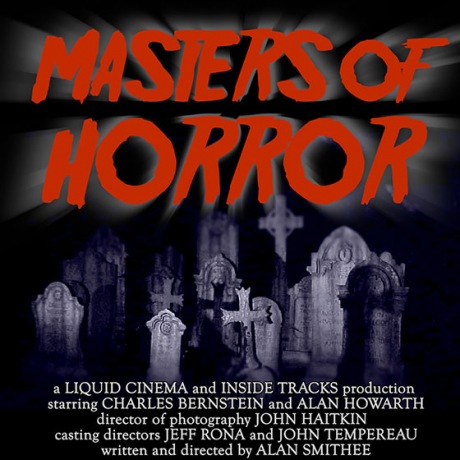 APM Music recently caught up with Jeff Rona of Liquid Cinema to find out more about the inspiration and creation of the recent release, Masters of Horror, Vol. 1 (INSD 9):

Real genre movie fans can name their favorite scary movies immediately - ones they won't ever forget. A few months ago a group of us at Liquid Cinema were remembering some of our personal choices, and not surprisingly many of the same movies came up again and again - Nighmare On Elm Street, The Thing, Halloween. We loved almost anything from director John Carpenter.

Since we are all such massive soundtrack geeks, we got to talking about our favorite soundtracks from horror films. There are real standouts - The Exorcist, The Shining, even Buffy! So we started listening to favorite scores from these classic horror films. Today's scores are such a great blend of old and new, clearly many of those great soundtracks work as well today as they did then.

"Wouldn't be great to do an entire album of classic horror scores for our library? My God...YES!"

After scoring films for a number of years, I have been fortunate to have met and developed friendships with so many genius composers and so I reached out to some of my favorite genre composers.

The first was Charles Bernstein (A Nightmare on Elm Street, Cujo, The Entity, Kill Bill and so many more). He's a composer's composer, having written over a hundred film scores, several books on music and previously on the board of governers for the Oscars. His depth and mastery of the genre is unbelievable and, sure enough, he had some tracks available!

But I wanted to round the album out with someone who had a different musical perspective. Who better than John Carpenter's brilliant musical collaborator on so many amazing films, Alan Howarth (Halloween II, III, IV, V, Christine, They Live, Escape From New York)? Alan is a slightly more reclusive figure, but I was able to track him down. He was incredible to work with. His musical view is so incredibly demented and experimentally electronic with more sound design to add pure scare! We had a long talk about the secret mathematics of music, getting into how the dimensions of the chambers inside the great pyramids in Egypt have the perfect ratio for music that he has used in his scores. Wild!

It's such a thrill to have this album of classic horror for our catalog. Two masters of the genre doing what they do best - classic fright night scores.

As a memento of our collaboration with these two dark, twisted, musical minds, we've created this exclusive autographed poster signed by both of them! 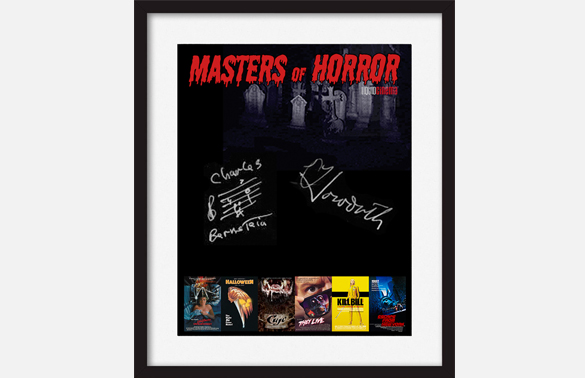