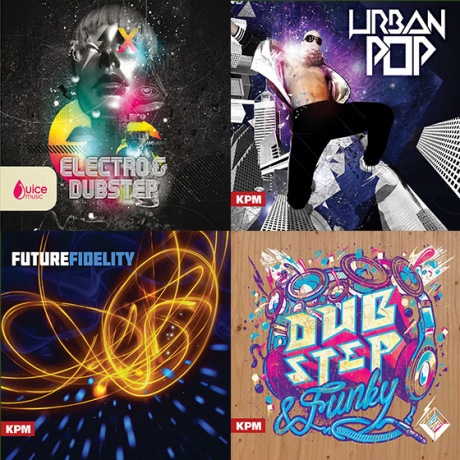 KPM - Always on Trend with the Latest in Electronic Music

Always keeping their finger on the pulse, KPM and Juice deliver the very latest in current music trends brought to you by some of the most innovative and influential commercial artists in the international electronic music scene today. Below is a highlight of some of the ARTISTS featured on the latest KPM releases:

PETE TONG: By hosting the 'Essential Mix' and 'Essential Selection' radio shows on BBC One alone, Pete Tong is known worldwide by electronic music lovers. As a DJ, Pete has graced the decks of the best clubs and festivals worldwide. Holding residency at the Pacha nightclub in Ibiza from 2003 to 2007, he drew people from all over the world to the 'Pure Pacha' nights. Today, it's just impossible to name one relevant dance music event Pete Tong hasn't been involved with one way or another.

Pete’s own music output is starting to become more frequent and free flowing – working alongside the likes of Paul Rogers, Dave Spoon and Steve Mac. Recent remixes include; Gorillaz ‘Stylo’, Phoenix, Underworld and U2 with Paul Rogers, and Robyn, Madonna, Cheryl Cole, James Blunt and Razorlight with Dave Spoon.

GEENEUS: Geeneus has always been at the forefront of the UK underground dance scene. Renowned for his A&R, production and programming vision, he has been instrumental to the careers of the cream of the UK’s electronic artists including Katy B, Dizzee Rascal, Skream, Plastician, Kode9, Roll Deep, Magnetic Man and Boy Better Know, giving them a platform from which to reach a mainstream audience.

ROY MERCHANT: Roy started his career in Soho’s early-Nineties studio boom, cutting his teeth on all things sample-based and beat-oriented. Based out of The Dairy studios, Roy is a multi-platinum mixer/producer with credits that span from Coldcut to  So Solid and Omar to M.I.A.

What about the ALBUMS?

These albums are cutting-edge collections of the hottest sounds of dubstep, dance-floor packing electro anthems and the latest trends in urban pop. These albums will make your production as current as an A&R manager’s iPod!