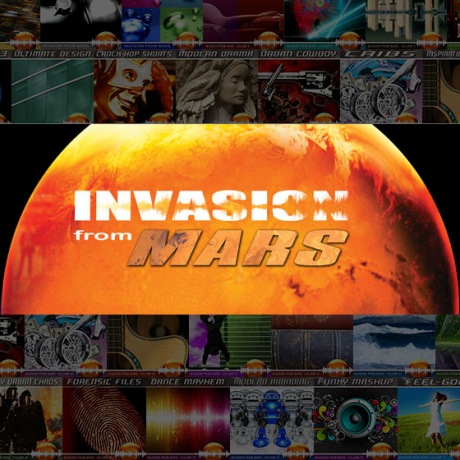 We are thrilled to announce that the entire Invasion From Mars (IFM) library has been digitally remastered for the purpose of today's very high frequency response.

"Even your average TV sound bar has the ability to accept gobs of sweet bass [now], so we decided to enhance and boost the entire library to meet these super standards," says Mars Lasar, owner of the Invasion from Mars library.

Mars’ own compositions have been used extensively around the globe since the early 80’s and, with the launch of Invasion from Mars in 2005 to today's 2019's 132nd release, he started leading a group of composers with the aim of creating fresh and exciting content specifically for film/tv.

Recent placements of IFM tracks include: