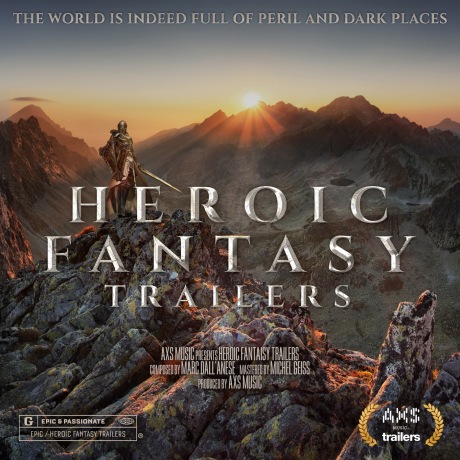 The release of Heroic Fantasy Trailers marks the 6th release in the new Trailer series from French label AXS Music.

To create this epic new collection of albums made specially for film and trailers, the company worked with established composers Marc Dall'Anese, After In Paris and Patrice Mondon.

Each album is loaded with several alternative versions of each track for easy editing.

Learn more about these 6 albums below: