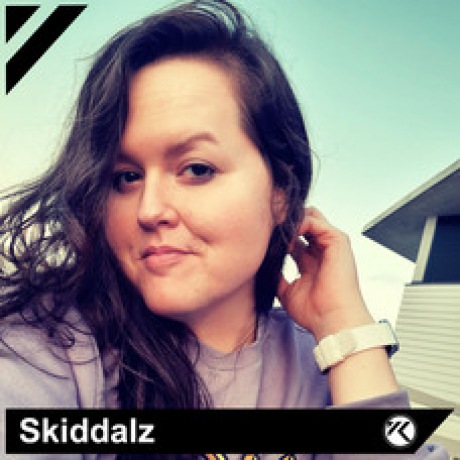 The Role Of A Music Supervisor In An Influential TV Show

It’s one of those days where nothing is going right, you can’t get into a groove, and productivity is out the window. So you settle in with one of your favorite pick-me-up movies, Encanto, or maybe Top Gun, or even Guardians Of The Galaxy, and almost the minute it begins, you start to feel better. The endorphins are rushing, and your mood improves, and then it happens—that one scene with that one song starts and you’re in pure bliss mode. That song is in your head the rest of the day, and you hum it softly as your week gets back on track. Who was it that created that day-fixing, comforting moment? Who was responsible for adding the music to the Encanto soundtrack, the Top Gun soundtrack, or the Guardians of the Galaxy soundtrack? The director or the producer, well, maybe. But the truth is, the person who really made that scene come alive for viewers is the music supervisor.

Music supervisors are the ones who translate between what’s going on in the scene, the character’s life, the culture of the time, the intended audience, and what soundtrack would best help capture and convey that moment. They are technically the head of the music department for a film or TV show and are usually involved with selecting and licensing most of the songs and song snippets that appear in a show. Like many other parts of the film industry, music supervisors tend to work on a freelance and project basis, working on a certain production while it’s live and then moving on to the next job when it’s over.

That kind of freedom means that music supervisors can pick their own projects, especially once they’re established, and select movies, video games, or TV shows that appeal to their interests and personalities. Being internally aligned with a project always brings a greater sense of understanding to the artistic choices that would best suit it, but when it comes to the music industry, it also means understanding the many splendored likes, dislikes, prejudices, and favorites that will really bring the soundtrack to life.

For instance, amateur music supervisors might have been pushing for a Taylor Swift song to appear in a coming-of-age story that stars a teenage girl. A true aficionado would understand that fans are practically united in determining “All Too Well” is her best song and can make an informed decision about where the track should fall within the script (during the most intense moments of grief over a breakup, natch). On the other end of the spectrum, someone familiar with the ins and outs of a band like, say, The Strokes, knows that while “Someday” might be one of their most popular tracks, the cultish appeal of “Is This It” is actually going to resonate more with the nostalgia that currently has a chokehold on early millennials.

These decisions come down to emotional intelligence and deep knowledge about a community of listeners, not necessarily just commercial success, awards, or facts about the artist and the songs themselves. Now, plenty of projects could probably spring for a cut from Julian Casablancas and co., but plenty more can’t afford to license Is This It tracks, and almost no one can foot the bill that inclusion of a Taylor song will entail. So a great music supervisor is someone who can spot up-and-coming talent who will be rising to prominence alongside the show/movie with the right song selection.

An early example of a super influential show when it came to music discovery is Grey’s Anatomy, the super-emotional drama from Shonda Rhimes that set the bar for on-screen at–work relationships for at least a decade. The life or death stakes and close working proximity of these aspiring doctors lent itself well to plenty of epic moments that needed suitable soundtracks, and each episode’s elections were downloaded by eager listeners all over the country. That music supervisor, Alexandra Patsavas, has gone on to be nominated for Emmys and Grammys for her further work on The OC, The Twilight Saga, Gossip Girl, Scandal, Mad Men, Riverdale, Bridgerton, and countless others.

As much as all of those shows and films had great acting, directing and production, they also all share a keen sense of needle drops—that is the right song playing at the right time to create one of those unforgettable cinematic moments. The perfect sync, or appearance of a song set to visual imagery, is the most cinematic part of working in visual industries.

When it comes to that last method, looking to a production music library for close comparisons that don’t break the bank, few places are better for that kind of sourcing than APM’s enormous, far-reaching catalog. Packed with archival music from decades ago, completely modern and contemporary pop, hip-hop, rock, indie and folk/country, and Americana hits, there’s something for every soundtrack within our archives. And there might even be a rising star, lurking in the catalog and ready to be plucked from obscurity by a music supervisor with an ear for future hits.

APM is the biggest production music library in the world. It has music in every genre from any era. That is one of the many reasons why music supervisors love working with APM.  Yes, APM has a lot of tracks composed and performed by actively touring indie artists that cover a span of genres. The music is fresh and original – perfect for film, TV, video games, and commercials.

Check out this album from Skiddalz, an up-and-coming artist from southern Illinois. Music supervisors used her music in a number of productions, including MTV's iconic series Jersey Shore.

Music can be just as much a part of the plot as the characters themselves, and the best projects reveal that truth to a T. If you’re a music supervisor working on a current project with soundtrack needs, or just an aspiring creative, check out APM’s catalog here.

“APM has such a diverse and extensive collection of music that it has become my go-to for all my projects but especially All American and Batwoman. Best of all, when I feel like exploring for inspiration, their site is easy to navigate and allows for some really fun deep diving.” – Madonna Wade-Reed, Music Supervisor (All American, Batwoman, 8-Bit Christmas, Kung Fu)