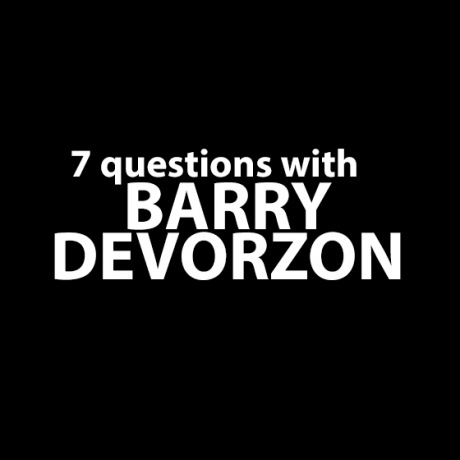 APM caught up with Barry Devorzon, composer and founder of Producers Music Library, to discuss changes in film music, favorite compositions and much more!

As a composer/artist Barry DeVorzon has long been a prominent name in the recording industry. He has composed the music for a number of major features, among which are “Bless The Beasts And The Children”, “The Warriors”, “Ninth Configuration”, “Xanadu”, “Tattoo”, “Looker”, and “Exorcist III”. His television credits include “S.W.A.T.”, “Simon and Simon”, “Renegades”, “Private Benjamin”, "V", “The New Twilight Zone”, “Intimate Strangers”, and “the Belarus File”.

1. What was your first Instrument?

2. Tell me the most striking ways Film Music has changed?

In the past most film music was written by composers with a classical  or Jazz back round and this  was reflected in the dramatic  scores.  Pop and rock songs were used in the body of the film or as the Main or end title. Today a great many films have dramatic scores that are heavily influenced by pop, rock, and R&B.

3. Which do you prefer – Analog or Digital?

4. Do you have a favorite composition?

5. How would you describe the overall sound of Producers Music?

My goal was to compose production music that would be contemporary and versatile enough to adapt to whatever emotional intensity the scene required. Much like a chameleon adapts to it’s environment. If the scene required suspense, intrigue, emotion or fear, I tried to compose a dramatic cue that would adapt to whatever intensity that scene required, subtle or intense, from the palest gray to black.  It is not easy to write a musical cue that will be that versatile but it is possible. I would like to think that a great number of the cues in my libraries have that quality.

6. What has Production Music taught you about Life?

Good can work, but exceptional is what you should strive for.

7. Is there anything you would like to pass on to young composers?