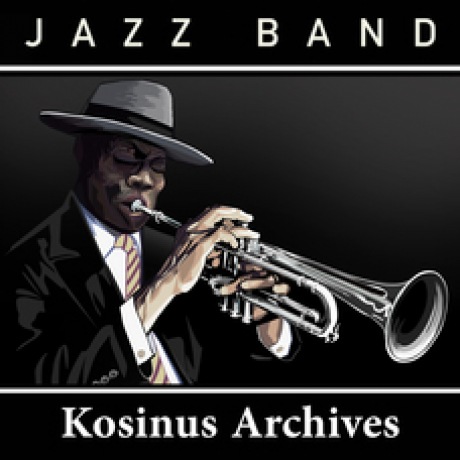 The Kosinus library is a legendary one in the music library world for a reason—the players on some of the tracks in this archive were best-in-class musicians from the era. With a history that started over three decades ago, a recent release of a bunch of jazz band tunes from this archive is one APM’s strongest offerings of the last few years. Whether you’re looking for the sounds of a New Orleans jazz band or just that classic improvisational sound, there’s a whole host of tracks to choose from on Kosinus Archives — Jazz Band. But don’t let the name fool you. What the album title lacks in flair, the songs more than make up for in originality and swing.

When this production music library was founded in France back in 1988, founder Eric Mallet had already begun collecting preserved songs from the ‘60s in the jazz band world, and even for a novice listener, who might not know all the instruments in a jazz band, the vintage sound of these recordings is immediately noticeable. This is the kind of jazz band playing that will melt into the backdrop of a movie scene in a busy club, particularly for films set in the ‘60s, but it could also be used to create a sense of contrast in a modern film. With a heady mix of mellow and laid back, slow swing, and lively, stirring tracks, there’s a wide selection of moods and tones to choose from in the collection.

Most of the recordings on this latest release from the Kosinus archives are taken from The Label Musique Pour L’image, aka “The Label Music For Film,”—but it sure sounds more elegant in French. Since these songs were all recorded in the ‘60s and archived, they have a vintage sound that many engineers try to recreate today but can’t quite nail. And with more rare instruments in a jazz band, like tunes with saxophone and flutes, vibraphone, and even clarinet and bass, there’s a broad range of playing styles and sounds across each set of songs.

As for the name of this archive, Mallet named it after a mad scientist character created by a French illustrator. That association fits some of the chaos and slap-happy vibes that a New Orleans jazz band is usually known for providing. Whether it’s the large assortment of instruments in a jazz band, the improvisational feel, or just the tone of most music in the genre, songs on this compilation would be a good fit for a joyful or playful scene or something that depicts a humorous moment in a show or film.

“Minor Kitsch” has a lot of air in the live recording of a swinging jazz big band, and “Little Muffin” channels more of the New York jazz sound, the speedy, zippy feel that Charlie “Bird” Parker and other east coast musicians made popular. With French names on a few of the other tracks, like “Litige,” which translates to “dispute,” and “Rue Des Vallees” or “street of the valleys,” the songs are a bit more nuanced and less straightforward. These recordings are generally more focused on the band playing together, with occasional solos here and there, but less on individual players. All of the songs are instrumental, as was primarily the style at the time, but some, like the aptly-named “Smirking,” have distinct melodies that make them more recognizable.

Because of their age, and the association with the historic Kosinus library, these songs will always evoke a very specific era and time period, which can be useful for filmmakers and plenty of other visual content creators looking to set a particular mood.