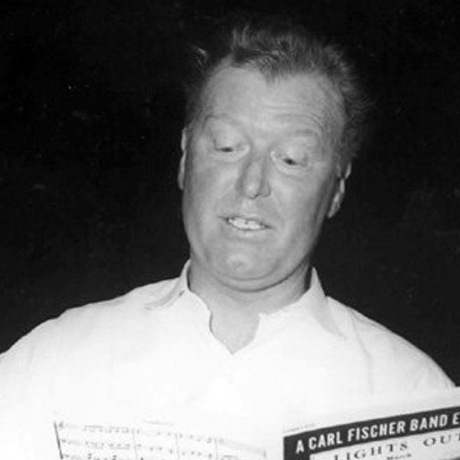 “I’m 83. In the newspaper they said I was 84,” Spence said with a laugh. Spence, who lives in Munich, Germany, spent the better part of 35 years composing pieces for NFL Films.

Many of his 700 tunes are ingrained in our minds.

“I never wrote background music. That was the great thing about writing for the NFL. I wrote foreground music,” Spence said. “I wrote pieces of music that people could sing and it would stick in the ear.”

The music helped create the now-famous style of NFL Films, a style that helped define the growing sport.

“The way they were able to take football and simplify it for people and really kind of slow the game down for people and they did that a lot I know with the music,” said Green Bay Packers president Mark Murphy. “I remember seeing and watching a lot of NFL Films set to opera music almost making it seem like you’re at the ballet.”

Spence’s visit to Green Bay is his first.

“It’s really an honor to be here because I consider Green Bay to be the cradle of pro football. This is where it all began,” Spence said.

Robert Hornacek caught up with Spence during his busy rehearsal schedule in Green Bay.

The idea was the brainchild of UW-Green Bay communications director Christopher Sampson, who hadn’t heard of the legendary composer until a year ago.

“I picked up a CD, Best of NFL Films and played it for my two sons. They both know the music. The older one from commercials and the younger one, they use it quite a bit on Sponge Bob Squarepants,” Sampson said. “Here was music that I remember as a kid in the ’60s or ’70s and I thought wouldn’t it be cool to have a local group play that.”

Sampson continued, “And then I found out the scores aren’t available commercially but Sam Spence still goes out and does guest residencies. So I just decided Green Bay – Sam Spence, we had to do that.”

Spence says he appreciates the warm reception he’s received. He’s hoping his visit and his music leaves a lasting impact on the community.

“Your love of people is an important thing because you want to make people happy and that’s what I hope my music does,” Spence said.

>Listen to Music from Sam Spence: