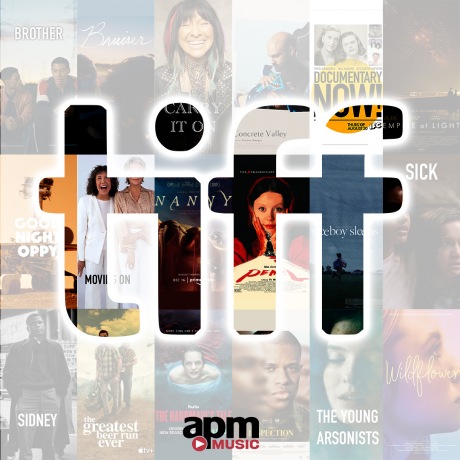 APM Music is proud to be a source of music for the following films showing at this year’s Toronto International Film Festival.

Brother: Clement Virgo’s staggering adaptation of David Chariandy’s novel, the story of two Jamaican Canadian brothers whose dreams are dashed by violent reality in 1990s Scarborough, is sure to be received as one of the most powerful films of the year.

Bruiser: A 14-year-old boy turns to a charismatic loner for help after being beaten up, in director Miles Warren’s searing feature debut about fathers, families, and the effects of fighting.

Buffy Sainte-Marie: Carry It On: The life, music, and activism of legendary Indigenous singer-songwriter Buffy Sainte-Marie are explored in this documentary that is as captivating as its subject, who smashed through barriers to become an inspiration to fans and fellow musicians alike.

Concrete Valley: This sensitive and Bressonian sophomore feature from Antoine Bourges (Fail to Appear) is a complex portrait of care set in an immigrant community in Toronto’s Thorncliffe Park.

Empire of Light: Olivia Colman and Micheal Ward star in this poignant story about human connection and the magic of cinema, directed by Sam Mendes and captured by cinematographer Roger Deakins.

Good Night Oppy: A spirited documentary about the exploration rover Opportunity, its ambitious 15-year journey across Mars, and the team of scientists and engineers that made the vessel part of their aerospace family.

Moving On: Jane Fonda and Lily Tomlin star in this fusion of audacious comedy and bracing drama about estranged pals who are reunited when a beloved mutual friend dies, leaving her widower the target of a revenge plan.

Nanny: A young Senegalese newcomer to New York is haunted by violent visions while working as a nanny and planning for the arrival of her own son, in writer-director Nikyatu Jusu’s mystical feature debut exploring the dangerous allure of the American Dream in the immigrant experience.

Pearl: In this prequel set decades before the grisly events of Ti West’s hit slasher X, Mia Goth returns as the future psycho-biddy Pearl, here a starry-eyed farm girl with a short fuse and a deadly ambition.

Riceboy Sleeps: A South Korean mother and son struggle with their new life in 1990s Canada and the growing rift between them, in Anthony Shim’s assured second feature.

Sidney: This sweeping documentary portrait of the late, great Sidney Poitier surveys his films, life story, and litany of accomplishments as an artist and activist who forever changed what it means to be Black in America.

The Greatest Beer Run Ever: Zac Efron and Russell Crowe star in Peter Farrelly’s follow-up to Green Book, about a merchant seaman who, in 1967, accepted a bet to personally deliver a case of beer from New York to his army buddies in Vietnam.

The Handmaid’s Tale: TIFF presents the first two episodes of season five of the acclaimed Margaret Atwood adaptation, which has become progressively more eerie as the battle for reproductive rights wages across North America.

The Inspection: Elegance Bratton’s remarkable debut, inspired by the filmmaker’s own life story, follows a man (Jeremy Pope) who joins the Marine Corps after being thrown out of his mother’s home at 16 for being gay and living for years in housing precarity.

The Young Arsonists: Set in 1980s rural Canada, director and visual artist Sheila Pye’s haunting feature debut follows a group of teenage girls — each suffering some form of family trauma — whose relationships with one another are both strengthened and tested over the course of a summer.

Will you be at TIFF this year? Contact our Director of Sales, Canada, Caron Nightingale