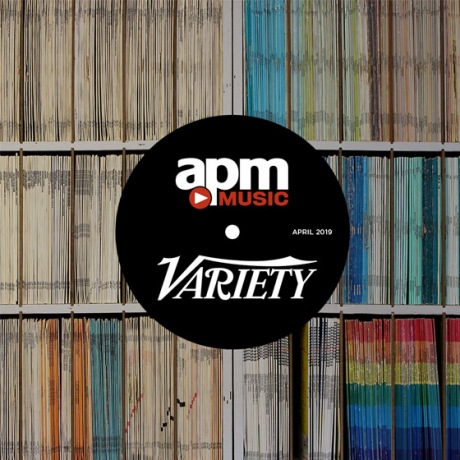 Variety Exerpt: The view from APM Music’s office on Sunset Boulevard is expansive, from downtown to Dodger Stadium, to Century City and all points west. The company has been in the same tower since opening its doors in Los Angeles in 1984, but it’s moved up in the world, from a few rooms to most of the ninth floor. APM has scaled the heights in more ways than one. "We’re the largest production music library in North America, if not the world," says company president Adam Taylor. APM music can be heard in films and trailers for projects including “Dumbo,” “Us,” “Green Book” and “A Star Is Born.” The collection has also become popular for sampling, with artists like Jay-Z, Chance the Rapper and Missy Elliott among those who have availed themselves of APM’s easy licensing and legal indemnification.

Variety Excerpt: The APM catalog contains every genre of music, but when it comes to musical outlook, it’s the social consciousness of the 1960s that comes to mind. Recent collaborations have put the company at the forefront of inclusion and diversity.

>Read the Variety article: "APM Working to Increase the Presence of Female Musicmakers"

Variety Excerpt: Whether it’s a series theme or Mexican banda for a needle drop, when clients want something exclusive they come to APM Custom Music. Launched in 2012, APM Custom operates out of the recording studio formerly known as Lion Share. "We want to be a one-stop shop for clients," says director of custom music development Connie Red. "APM has a library that’s very extensive, but sometimes they’re looking for an original piece. We do it all."

Variety Excerpt: About 10 years into its business plan, APM scored a huge win by getting the rights to market the NFL Films music library. Ninety albums and 25 years later the relationship is still going strong. The footballers also use APM catalog music — the ESPN “Monday Night Football” theme, “Heavy Action,” is “the most well-known sports theme in the United States,” Taylor says. But mostly they provide music to APM which markets the catalog to local sports teams, videogames, TV shows and elsewhere.