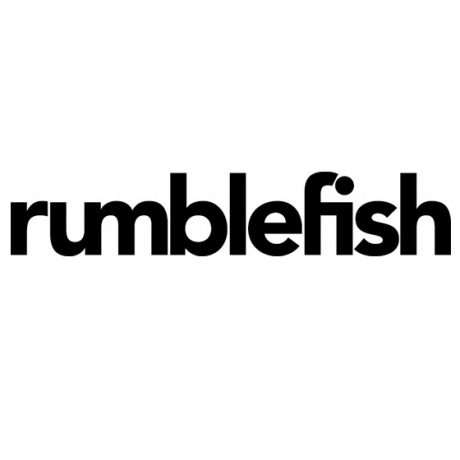 Songs used in “Avatar,” “Mad Men” and “30 Rock” now available to be used as soundtracks in personal YouTube videos


PORTLAND, Ore. and Los Angeles – November 10, 2011 – Rumblefish, a leader in music licensing for social media, today announced a partnership with APM Music, a joint venture of EMI Music Publishing and Universal Music Publishing, the world’s largest production music library. With this partnership, Rumblefish will be able to offer the vast and diverse APM Music library used by major networks, studios and advertisers directly to consumers for use in their YouTube and other personal online videos, slideshows, presentations and games through the Rumblefish API and Friendly Music website.

"Hundreds of millions of people are producing user-generated video content and sharing it online. This partnership furthers APM’s social media efforts, making it even easier for consumers to access the same music used in their favorite films, TV shows, video games and commercials,” said APM Music president Adam Taylor. “Making our music available through the Rumblefish API and Friendly Music consumer store expands our ability to have our library in personal use videos. Rumblefish has developed a real expertise in social media distribution and we are happy to be working with them to leverage our catalog.”

With more than 28 years leading the industry, APM Music has built relationships with an expansive list of clients including CBS, NBC, ABC, FOX, ESPN, MLB, PGA, Universal, Discovery, Current TV, MTV, BBDO, Electronic Arts, Oprah Winfrey and thousands of others. In addition to controlling such iconic tracks as the “Monday Night Football Theme,” “The People’s Court Theme” and dozens of others, its music is used thousands of times every day in movies and TV shows like “The Rum Diary,” “Avatar,” “The Back-Up Plan,” “Date Night,” “Dolphin Tale,” “Glee,” “Gossip Girl,” “Mad Men,” “30 Rock,” “Big Bang Theory,” “Monsters vs. Aliens,” and the video game series, “Call of Duty,” “Assassin’s Creed” and “Just Dance” among many others.

"For the past 28 years, APM's incredible catalog has shaped the sound of many of the largest films, TV shows and commercials we all know and love. It is a privilege to help connect this leading music innovator more deeply with the emerging consumer sync market,” said Rumblefish founder and CEO Paul Anthony. “Our customers will be thrilled to be able to use such high quality music in their personal videos, slideshows, presentations and other UGC. A great soundtrack makes it easy to tell a great story."

To date, over 4.8 million user-generated videos, slideshows, presentations and games have used Rumblefish soundtracks. The APM partnership follows an announcement in October 2011 where Rumblefish added former Pandora board member Harry DeMott to its board.


About APM Music
APM Music (a joint venture of EMI Music Publishing and Universal Music Publishing), the most comprehensive collection of original music available to entertainment and media producers, provides its production clients and consumers with exclusive access to over 350,000 tracks of music specifically for use in film, television, radio, and new media productions. For more information, please visit www.apmmusic.com or its search engine at search.apmmusic.com, and connect with APM at www.facebook.com/apmmusic and www.twitter.com/apmmusic.

About Rumblefish
Rumblefish is a pioneer in music licensing and has been a trusted provider of music for top TV shows, films, ad agencies and video games for over a decade. The company has always made artists and labels its priority, and has paid millions in royalties to its members for the licensed use of their music. Rumblefish launched the Music Licensing Store in 2006, dubbed "an iTunes for Corporate America" (CNBC). In 2008 the company struck a landmark licensing deal with YouTube and in the summer of 2010 deepened that relationship with the launch of Friendly Music, a website where consumers can license soundtracks. The company boasts a diverse clientele including Animoto, Amazon Studios, Kaiser Permanente and Google among others.