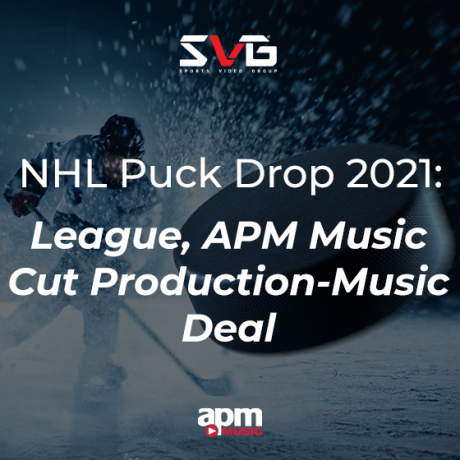 Under an exclusive deal with the NHL, Hollywood-based production-music supplier APM Music will provide all the music used, collectively and individually, by the league and its 32 teams for broadcast, in-venue, commercial, promotional, and social-media applications. This arrangement comes just ahead of tonight’s start of the season, with NHL broadcasts shared by Disney’s ESPN and Warner’s TNT Sports under a seven-year deal commencing this season.

No dollar amount for the deal was announced but is estimated by an informed source as in the low to mid seven figures.

APM Music’s Matthew Gutknecht: “This is the soundtrack for a new era in the NHL.”

“We’re in partnership with the NHL to provide and curate production music for every aspect of the NHL’s operations, from television broadcasts to the music that fans hear in the arenas, to the commercials each team creates in its individual markets,” says Matthew Gutknecht, director, sports entertainment, APM Music. “This is the soundtrack for a new era in the NHL for the next seven years.”