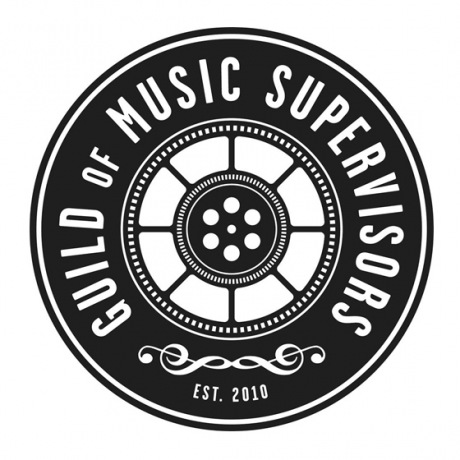 Los Angeles (January 30, 2011) -- The Guild of Music Supervisors was co-founded in 2008 by current President Maureen Crowe and was launched to bring attention to a very specific skill set. The goal of the Guild is to take a leadership position with one galvanized voice and act as a highly specialized resource for film, television, games and trailers, thus helping further the understanding of music's evolution in media and to preserve and promote the role of the music supervisor as a valuable resource.

"Music Supervision combines the creative and the business, the left and right brain," says the Guild's co-founder and President. "We want to educate the public and the industry as to what it is we do. As a group, music supervisors are so often pitched to by other people from the film, television and game industries, but there's no one really looking out for our interests. Just as you want the best cinematographer, editor or sound person on your film, TV, game or trailer, you need a great music supervisor. Hiring a member of this Guild assures that kind of quality."

Crowe, whose own resume includes working as a music supervisor on some of the most commercially and artistically successful film soundtracks in history, including Wayne's World, Chicago and The Bodyguard, helped inaugurate the organization three years ago, at about the same time as the Recording Academy first allowed members of the craft to join as voting members.

The group will hold their second annual brunch at which the inaugural Guild of Music Supervisor Awards will be given out to honor the Best Music Supervision in Film, TV, Games and Trailers. The event will be held on Sunday, Feb. 13 (the morning of the Grammy Awards,) at Magnolia in downtown Los Angeles (825 James M. Wood Blvd.) Guild members in good standing by Jan. 14 will be able to nominate and vote for their peers. Many of the Guild's founding members will be among those honored at the brunch.

For the first time, BMG, the music publishing company formed by private equity firm KKR and Bertelsmann and APM Music, the premier music library in North America, will sponsor the February 13th event. Both companies are founding sponsors of the Guild.

"BMG is extremely proud to be the first music publishing company to sponsor these awards," said BMG VP Film & TV and Catalog Ed Razzano. "We hope to show that we recognize and applaud the Guild world and strive to make others aware that BMG is also a forward-thinking organization working outside of the traditional music business paradigm."

"Music plays an essential emotional and structural role in all productions and having the right music can make or break a show," said APM Music's President Adam Taylor. "Working with the top quality music supervisors who are part of this Guild will help producers of all types of productions achieve their goal of delivering the highest quality product to their audience. APM has worked closely for years with the top music supervisors in the business and we are proud to be a founding sponsor of this long overdue Guild."

"The formation of this Guild is long overdue and confirms that the craft has come of age," said the organization's Vice President John Houlihan. "The leadership role will not only benefit independent music supervisors, but will also provide tremendous long-term value to the studios, networks and all producers who incorporate music into their products."

And there's also the matter of strength in numbers, according to leading music supervisor Alexandra Patsavas, head of the Guild's Health and Welfare Committee. "With the creation of the Guild, we hope to secure health and pension benefits for music supervisors and benefits that are currently available to members of other craft industries."

Founding member and indie music supervisor Jonathan McHugh has also spearheaded the effort for soundtracks on the Grammy ballot and states: "It is important that this group which links film, television, commercials, games and trailers together are able to speak as a community with one voice, especially when the recorded music business continues to struggle. We are the glue that holds all of the pieces together."

The Guild of Music Supervisors launched its website in December, 2010 (www.guildofmusicsupervisors.com) and is actively looking to grow their membership, now closing in on 100.