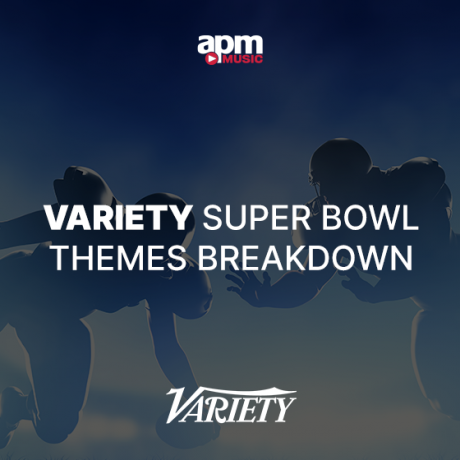 APM in "The Super Bowl's Big Score: How the NFL Theme Music Captures the Heroism and Glory of the Game"

Variety did an informative quick dive into sports theme music in their "The Super Bowl’s Score: How the NFL Theme Music Captures the Heroism and Glory of the Game" article before Sunday's big game.

"There will be a lot of music in Sunday’s Super Bowl LVI telecast, and no, we’re not talking about the halftime show — rather, the music at the start of the show and throughout the game itself," explains the article's journalist, Jon Burlingame.

Super Bowl executive producer "Fred Gaudelli adds, a great deal of other music will be heard[...], much of it in the tradition of televised sports themes dating back to the 1960s: appropriately muscular music to accompany modern-day gladiators into the arena for battle.

'It’s all storytelling,' says Adam Taylor, president and CEO of APM, the production music house that supplies music to all of the networks, the National Football League and nearly every individual NFL team. 'It’s really the drama, the story. The purpose of our music is to inform storytelling, to strengthen it and capture the emotions of the moment.'"

Burlingame goes on to explain that "APM controls 'Heavy Action,' better known as the 'Monday Night Football' theme still heard on ESPN but which dates back to its 1975 debut on ABC during the heyday of Howard Cosell, Keith Jackson and Don Meredith. Its opening four notes have become synonymous with football on TV... APM also represents key tracks from what its director of sports entertainment Matthew Gutknecht terms 'the crown jewel,' the NFL Films music library, including the big brass and pounding percussion of composer Sam Spence that scored hundreds of NFL highlights shows throughout the 1970s. These pieces — filled with the heroism and glory of the game — set the tone for sports music forever after, Gutknecht points out."

If you are interested in adding “Heavy Action” to your arsenal, you can license the original version directly through our catalog at APM Music.

>Listen to versions of "Heavy Action" in APM Search