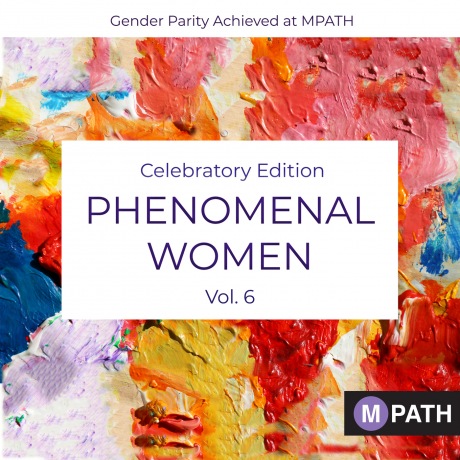 Newscast Sudio recently interviewed Mirette Seireg, the head of the MPath music library, on her role in bringing gender parity to the world of production music and the creation of the MPath Women Composers Series - Phenomenal Women:

Your background is not in music, what led you into this field?

For those of you who are curious, I had 35-year career working to improve conditions in extremely impoverished countries, mostly living and working in the world’s “hardship zones”. You could say that my mission is to facilitate positive change by forming teams to set that change in motion and bring it to scale – usually with a backdrop of civil unrest, economic instability, oppressive regimes, and natural disasters. To name a few.

In that work, gripping stories revealed commonalities, sparked collective innovation, created visions, and inspired action. Music is a powerful, universally understood, form of storytelling and unlocking solutions. It is the emotional core of the story.

The economy-class commutes to Africa got to be a bit much, but I wasn’t ready to retire. My partner is a music composer and a two-term governor of the television academy (Emmy’s), I’m surrounded by the best people in the music business, and we are family.

A few years ago I met Adam Taylor - President of APM Music, at an SCL (Society of Composers and Lyricists) event and we shared stories. I told him about my work, and he explained to me what he did. I was a bit incredulous when he concluded, “You’d be a natural for the production music industry, have you ever considered it?”

How did you end up in production music?

It turns out that Adam Taylor wasn’t far off. It was an interesting and well-suited match for me. I often joke that my partner is a baker, so it seems fitting that I sell bread. My decades of work with impoverished nations and malnourished communities abroad is not unlike working with composers and songwriters.

My working definition of poverty is the inability to exploit opportunity. My work in production music is really about managing the production of high quality music and creating opportunities for extraordinarily talented composers and songwriters --in an industry that is plagued with financial instability in an increasingly difficult, complex, and rapidly changing environment. I feel at home.

What sets the Mpath library apart?

Mpath is a woman-owned small business, and that alone sets us apart from most others. My company was rigorously vetted and certified by WBENC (Women’s Business Enterprise National Council) and certified as a small, disadvantaged small business SAM (US Government). We are represented by APM Music (the largest distributor in the world), and we are a proud member of the PMA (Production Music Association).

Mpath is the first library in the world to achieve gender parity – half of our over 100 composers are women.

Mpath features distinctive, non-clichéd, music by some of the best composers in the business, and we provide a “zen-zone” to encourage artists to express their unique, unbridled musical voice. We value the contributions of extraordinarily talented yet underrepresented artists -- women, people of all colors, stripes, and orientations, ethnically diverse, or differently abled -- because we believe it brings a richness and depth that cannot be achieved by drawing from the same sources everyone else does. We embrace seasoned composers and we mentor emerging composers.

Although we do both custom and production music, our library music is “empathic” (Mpath), reflecting a broad and colorful spectrum of human emotions, moods, and conditions. Our Thinking Music tracks pair well with introspective thoughts and work brilliantly under dialogue while our Phenomenal Women and Artist albums highlight the individual creative voice of each exceptional composer or songwriter, above all else. All of our tracks are user-friendly, with stems, stings, 60- and 30-second cut downs for television, film, advertisements, games, and other media.

And, we demand the highest quality tracks. Period.

How are you combating gender inequality through Mpath?

It takes a committed village to create positive change and there are countless contributors to thank. The approach is to simply set the intention, fuel it with the burning belief that it can and will be done, fan it, and let it catch fire. Our goal for 2019 was to bring gender parity, in numbers, to Mpath, and together we made it happen!

Gender parity was achieved by reaching out to extraordinarily talented female composers, inviting them in, spreading the word, and introducing them and their music to the world. Importantly, Mpath does not attempt to do this alone.

We combat gender inequality through building community and creating awareness in many ways: Social media, music salons, conference panels, studies, information sharing, and most importantly, by producing no fewer than 8- 9 albums per year that feature exceptional tracks that you’ll be glad to discover.

Our goals for 2020 are to “Put meat on the bones” (pay parity), to help expand opportunities for underrepresented composers, and move towards scaling-up gender parity in the industry as a whole.

How has your background on sustainable change prepared you for this movement?

Sustainable change requires vision, collaboration, and building a strong community. I learned to surround myself with people who are the best at what they do. My experience also trained me to listen for the sounds of resistance to change.

The term “Sustainable Change” is meaningless in the absence of solid research, which we are in the process of undertaking for the production music industry as a whole. It doesn’t need to be complex or expensive. It simply needs to exist and be put into practice.

How has the reception been so far?

We’ve seen an outpouring of female composers who reached out and continue to submit tracks for consideration on our next albums. We haven’t had any shortage of excellent submissions. Our first Phenomenal Women album was released in June 2019 and six months later we’re working on our eighth.


>Listen to more from the MPath Music Library