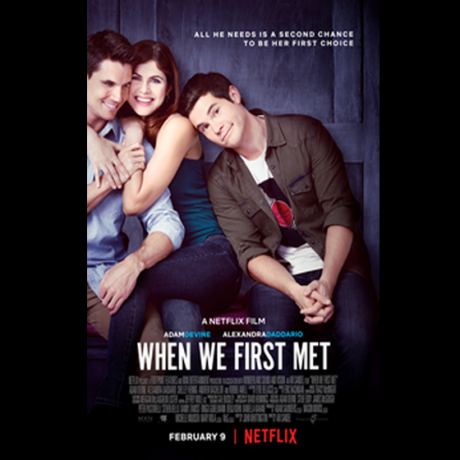 We are thrilled to announce that the new Netflix movie, When We First Met, showcases some scene-stealing Jazz crafted by the APM Custom team!

The cues can be heard during scenes in "Dannys" Jazz club and feature live recordings of a Jazz trio (piano, upright bass & drums) and solo piano that were recorded in the APM Custom studios.

All of this music and more can be heard on the album, Late Night Sessions (APMC 136), a collection of lively bebop, boogie woogie, bluesy jazz, soothing lounge and solo piano.

About this quirky romantic comedy: Jazz musician, Noah, spends the perfect first night with Avery, the girl of his dreams, but gets relegated to the friend zone. He spends the next three years wondering what went wrong - until he gets the unexpected chance to travel back in time and alter that night - and his fate - over and over again. Using a magical photo booth that sends him back in time, Noah relives the night he met Avery over and over, trying to persuade her to fall for him.

>Read more about this film here