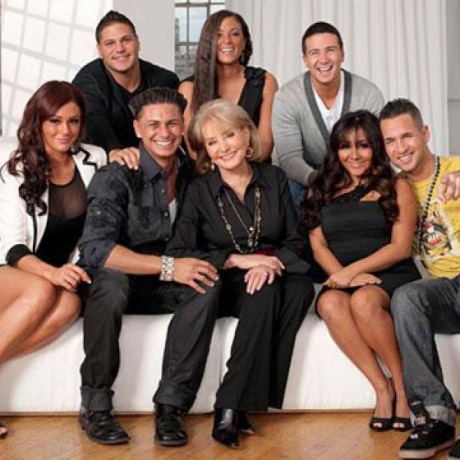 What's The Situation with RNM and Barbara Walters?

Last week, Barbara Walters fulfilled a dream by broadcasting her interview with the full cast of the popular TV show, Jersey Shore.

The segment ran as part of Walters’ annual “Most Fascinating People” special which had excellent ratings for CBS, following Walters' Oprah interview.

Her first question to the group – whose main activities, Walters tells us, are “tanning, partying and making out with strangers” –  is whether they consider themselves to be “fascinating.”

Listen for "So Easy" and "New You" from Gina Cutillo and "Drop That Beat" from Draztic.

>Launch these tracks in APM Search