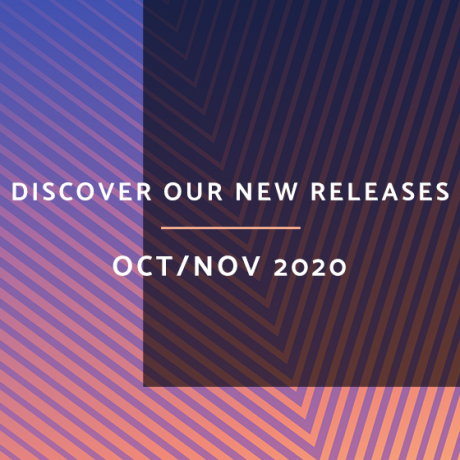 “Time sure flies when you’re having fun,” says Edwina Travis Chin Vice President of Music Strategy and Content, as we publish our New Releases for October/November 2020. In this release, we present Halloween with a twist, dramatic trailer music, singular vocals, and sublime underscores. There are also treats from our newest libraries – lyric-focused “Hooked; the hip hop collection “For The Win”; and “V Records”, produced by Dr. Fink from Prince and the Revolution.

Here are some fun facts for Release #7:

For The Win (FTW) – This sports-focused hip hop library is brought to us by Kenny Moron, who has written and produced a number of hip hop albums that have already generated a fan base within our sports market. He’s gathered a group of talented writers and artists to help strengthen our offerings in this genre.

Hooked (HKD) – This newest collection from Bruton features songs with lyrics that all address a common theme and cover a range of moods. Many of them have a cinematic feel and are well-suited to the trailer, promo, and advertising use. The initial launch is 7 albums, with regular ongoing updates to follow. HKD 6 “Saints and Sinners” is one of our Editors’ Picks for the month.

V Records (VR) – The producer of V Records is none other than Matt Fink - a producer and songwriter who has worked with many of the music greats and is best known as having been the keyboardist for Prince and The Revolution. With this artist-driven collection, he’ll be applying his producing skills to highlight up-and-coming new talent.

TRAP INVESTIGATION - CEZAME GLOBAL INVESTIGATION (CEG) - CEG-5025 At the core of the investigation ... All in breaks and convulsions, the beats of Trap Music immerse us into nocturnal and enigmatic climates specific to large metropolises!

ALL HALLOWS EVE VOL. 2 - MPATH (MPATH) - MPATH-0069 A cauldron filled with sophisticated musical potions with a splash of spookiness, a hint of mischief, and a dash of sophisticated whimsy. Savor a fresh take on Halloween entertainment for a variety of ages.

COUNTRY CROSSOVER - SUREFIRE (SURE) - SURE-0135 Modern country music with elements of pop, hip hop, dance, and EDM, vocal and instrumental.