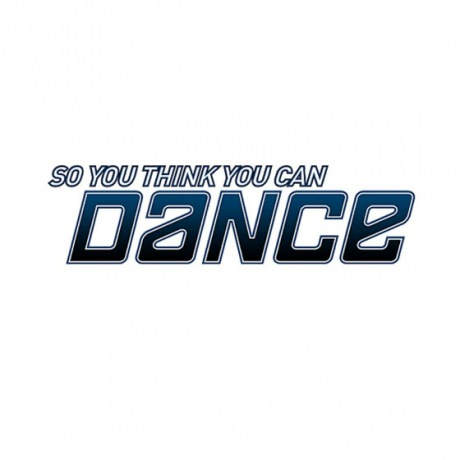 Sonoton Knows It Can Dance!

Ever wonder how library music finds its way into top TV shows like So You Think You Can Dance?

Why would MTV and other musically-based programs need production music?

Simple – libraries offer outstanding recordings of the highest quality from indie artists, film composers, songwriters and musicians at a fraction of the cost of commercial recordings, with no residual fees. And the Sonoton Music Library is at the head of the class! The tracks are hip, trendy, visionary and original. Yes, Sonoton only commissions composers and songwriters who are authentic in their approach to music, who provide original material exclusive to Sonoton. We have over 1000 composers who write and contribute to the 70-80 extraordinary new releases each year.

So, when So You Think You Can Dance needs songs for their dancers to rhumba to, they call on APM and Sonoton to provide just the right music. Sprinkled throughout each show are songs that represent the best in dance music, from hip hop (SCD 665) to samba SCD 683, flamenco to foxtrot. Check out SCD 694,and SCD 249 also. And look out for the latest in Hip Hop like SCDV 117: HIP HOP PLANET 3 – THE ROXANA CHRONICLES - Vocal and instrumental, energetic, fun, hypnotic, lyrical, crazy, with action, adventure and love and beats that blaze. So when your friends want to know where that great song came from, you’ll have the inside scoop!

Library music also makes it into programs on ESPN, HBO Sports and others who are already creating their programming for the upcoming 2010 SOCCER WORLD CUP to take place in South Africa. This huge global event will draw worldwide attention to this beautiful and extraordinary country. There is already a large demand for authentic African music for documentaries, personal stories, highlights and various sports productions, and SONOTON is at the forefront in delivering brand new material especially and specifically produced and composed for WORLD CUP SOCCER. As usual, with Sonoton’s unique and authentic SAS collection, we always represent popular world events in our CD productions, and once again, we’re ahead of the game by offering two exciting African Sports CDs, recorded in Cape Town, South Africa: SCD 808, AFRICAN SPORTS and SCDV 100, SOCCER AFRICA. In addition, we have several other current African Productions: SCDV 118, AFRICA, and SCDV 108, NEWS FROM ZIMBABWE. For an even wider range of authentic African music, select "AFRICA" in MyAPM and limit the search to Sonoton. This will give you everything “African” you’ll ever need! And for all those other countries represented in WORLD CUP and the upcoming OLYMPICS in Vancouver, Canada, you can search Sonoton and get the most authentic (SAS) and current (SAS Today) music available anywhere, especially produced and recorded in the actual countries themselves.

When MTV, VH1 and Nickelodeon need that perfect Tween song for the quick cut from scene to scene, Sonoton’s SCD 713 COOL KIDS is the go-to disc. And coming later this year from Marti Amado - COOL KIDS 2, SCDV 116: More contemporary pop & rock for the Tweener generation. Do you watch MTV and VH1 Music Videos? Sonoton even provides tracks for Vids. Katy Perry romances a former lover to the Big Band strains of Paul Lenart’s “Blow Your Top!”. Kanye West’s huge hit “Jesus Walks” includes a choir sample of “Walk With Me” from Arranger Curtis Lundy who conducts the ARC Choir singing his arrangement on SCD 575, Track 2. Internationally acclaimed Jazz vocalist and composer Carmen Lundy, (sister of Curtis Lundy), will be releasing SCD 811: ALL JAZZ, a wide variety of Jazz styles from Swing to Bebop to Fusion and NuJazz Electronica, featuring the vocals of Jazz great Carmen Lundy, due out in December.

Did you know Spongebob routinely rocks out to “Stadium Rave” (from SCD 309, Track 14 ) by Mark Governor? It even shows up on the Spongebob Squarepants Soundtrack album! Speaking of Spongebob, Sonoton’s very own Gregor Narholz composed the score for the Film version of Spongebob Squarepants. Gregor also scored the hit Video Games X-Men Legends 2, Battlefield 2142 and Shrek 3 to name a few. And Comedy Central’s The Daily Show loves those quirky and satirical Sonoton cues, not to mention the more serious ones from  SCD 496: PATRIOTIC AMERICAthat only Jon Stewart can spoof.

You’ve probably noticed Networks like CBS, NBC, ABC and Fox are featuring more Indie artists and Rock songs for their Promos and Programming, not to mention HBO, Showtime, National Geographic, Discovery and others. Sonoton has provided tracks from some of the top Indie bands and artists that have appeared in-show and in promos for such network hits as Ghost Whisperer, Medium, Desperate Housewives, Grey’s Anatomy, America’s Most Wanted, ER, The Sopranos, Days of Our Lives, and many, many more. So, because YOU asked for it, Coming Soon are projects from an Indie trio of Bret Levick, Jeff Pevar, and Dirk Price called MODERN AMERICANA & NEOFOLK, SCDV 109: Neofolk tracks that create a stellar soundtrack to the contemporary landscape, featuring dobro, mandolin, piano, lap steel and acoustic guitar. Quirky, unusual and uniquely American! And from Coupe Studios who brought you The Fray’s platinum-selling album comes 2 new projects, MODERN ROCK MELODICS, SCDV 115: Melodic Modern Rock and Indie Rock Beds crunching the sounds of today's greatest Rock Bands; and POWER CHORD UNIVERSITY, SCDV 126: Retro tracks Rockin' the Toughest of the 70s and the Best of the 90s. Finally, MOSH PIT – NUMETAL MELTDOWN, SCD 814, is an onslaught of NuMetal, scorching guitar solos, and non-stop aggression, great for hard-hitting promos. Hear more about our special collection of Indie tracks in the INDIE 500 article.

So, the next time you’re thinking of hiring a composer for that Sports program, TV sitcom, Network drama, Reality Show, or Feature Film, think original music and