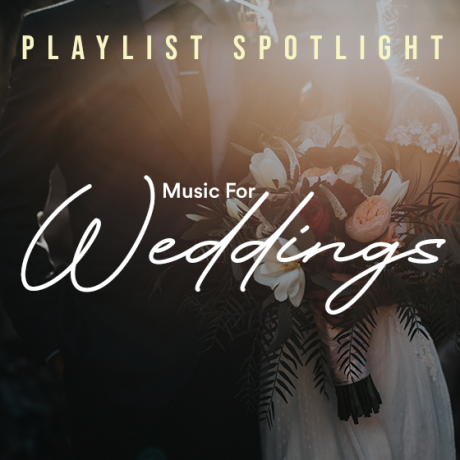 An essential collection tailored for wedding ceremonies and celebrating love

As a cherished ceremony uniting two people in marriage, weddings have evolved tremendously since their first inception many centuries ago. With customs and traditions varying greatly across cultures and religions, contemporary weddings have emerged as both as celebration of love, and an outlet for creativity and self-expression. This is commonly expressed through music, with many choosing to reserve the more traditional songs for the ceremony itself and save the party-starting anthems for the reception that often follows. Throughout the duration of the age-old affair, a wide array of music can be heard, offering ample opportunities for the couple to weave in their own personal music tastes while also honoring the longstanding musical traditions that help make such an occasion so special. From emotionally stirring instrumentals to songs that may be incredibly sentimental or impactful to the couple on a personal level, no two weddings share the same soundtrack, although many commonalities are present.

For example, music played during the ceremony is often split into three styles of songs: preludes, processionals and recessionals. Each signals an important moment during the event's proceedings and plays a role in shaping the undeniably emotional nature weddings exude. While the soundtrack accompanying a wedding ceremony depends on an array of variables, such as religious customs or an individual couple's vision for their special day, preludes generally set the tone for the upcoming ceremony; processionals mark the entry of the officiant, wedding party, family members (often parents of the couple) and the bride(s) and/or groom(s); and recessionals signal that the ceremony has concluded. Wedding ceremonies are emotional, joyful events and music absolutely helps bring added color and personality to the forefront. APM Music has a wide-spanning collection that fills every musical need that may arise throughout the entirety of a wedding ceremony and the reception that follows.

Throughout the Music for Weddings playlist, you'll find a range of tracks carefully selected to capture the many facets of such a feel-good occasion. As such, it's only fitting that the playlist kicks off with an arrangement one of the most timeless compositions: the iconic, instantly recognizable "Bridal Chorus," which was originally written by German composer Richard Wagner in 1850. The march has since become synonymous with the bride's highly anticipated entrance and heartwarming trek down the aisle. The song, which is also commonly referred to as "Here Comes the Bride" or "Wedding March" by English-speaking countries, has been interpreted and arranged in countless ways, with APM Music's collection highlighting a solo harp arrangement and a string quartet arrangement. Both tracks have different versions, such as weaving in piano or offering changes in tempo.

Other classic instrumentals found throughout the Music for Weddings playlist include an arrangement of Johann Pachelbel's centuries-old classical composition "Canon In D," a whimsical rendition of Claude Debussy's "Clair de Lune" and a string orchestra arrangement of "Ave Maria (Méditation)" from the canon of Bach and Schubert. Bach's "Prelude from Cello Suite No. 1" is also a popular choice for wedding soundtracks, with APM Music's collection featuring an acoustic, plucked classical guitar interpretation from Los Angeles-based musician Paul Viapiano.

Another undeniable addition to weddings comes from the mind of Baroque composer Antonio Vivaldi, with a version of "Four Seasons 'Spring' 1st Mvt" being reimagined as part of the KPM Classical Series. This composition is jubilant and commanding by nature, giving it an adaptability quality that works well as a wedding processional, prelude or recessional song. Similarly, tracks such as "Early Love," "Love Wins" and "Tenderness" capture the soft, reflective side of romance, expertly employing emotive piano and expressive strings to contribute to the heartwarming, sentimental side that weddings bring out in majority of guests (and participants). These songs help build emotional moments, with the undeniable power of love serving as a central theme and source of inspiration.

After the wedding ceremony has concluded and the happy tears have fallen, there will usually be a large shift in the mood of the music, as marked by a transition from romantic, beautiful compositions to those that exude high energy, celebration and excitement. APM Music has no shortage of songs that are designed to get a dance party going, from the soulful Motown-inspired "Oh Yes Baby I Love You So" to the hyped-up, synth-laden "Break That Beat Down." Others such as "We're Gonna Party," "Do Not Stop the Party" and "Play With Fire" are celebratory anthems, weaving across genres such as uber-catchy funk pop, cheerful rock and retro Neo-soul. Wedding dance floors are also notorious for the traditional first dances, with slower songs such as "Come Away With Me," "Big Big Love" and "Waltz Upon a Star" offering the perfect soundtrack to capture the intimacy, closeness and heartwarming of such impactful moments

In addition to the Music for Weddings playlist offering a diverse array of songs that explore wedding themes, the team at APM Music has also curated playlists that speak to specific moments found throughout a wedding production. Be sure to take a look at the playlists for categories such as Ceremony – Orchestral, Ceremony – Small Ensemble, Celebrations and Slow Dances, with each full of solutions for the many different special moments that make a wedding ceremony so magnetic, moving and memorable.